Car wedged between dump truck and guardrail on I-476 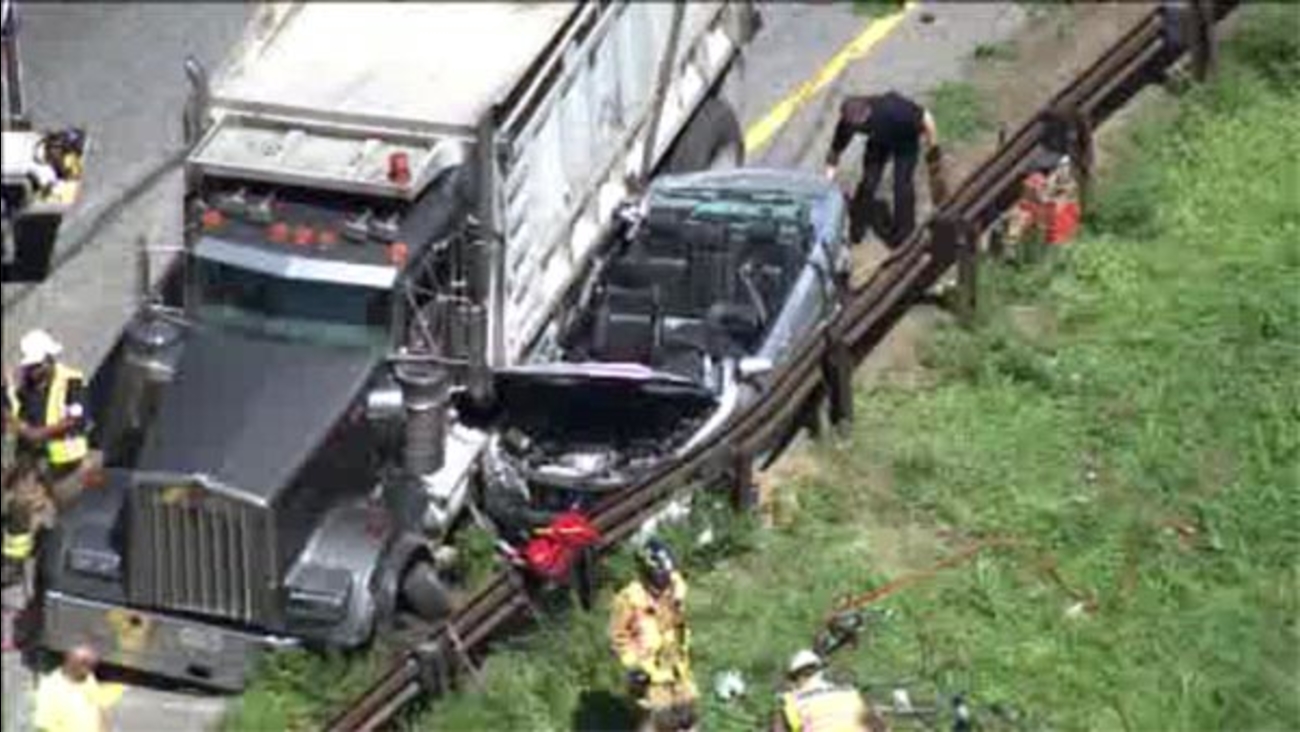 NETHER PROVIDENCE TWP., Pa. -- A car was wedged between a dump truck and a guardrail following a crash on Interstate 476.

The crash happened in the southbound lanes of the highway just before 11 a.m. Friday in Nether Providence Township.

The view from Chopper 6 showed the heavily damaged car. It appears the roof had been cut off by rescuers.

Another vehicle was also involved.

One person was taken to the hospital in an unknown condition.

There was no immediate word on the cause of this crash.

All lanes have since reopened in the area of the crash.