Commuters deal with mass transit issues due to wintry weather 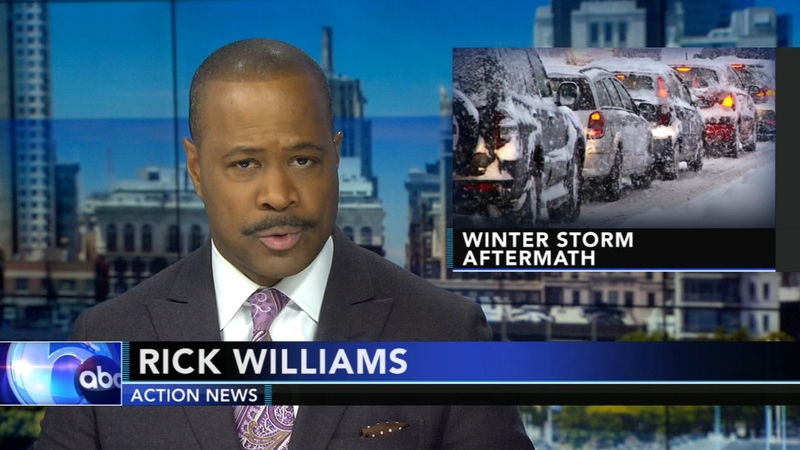 There was a big improvement from Thursday, but Friday morning still saw some issues as mass transit got back up and running.

Freezing rain pelted down in Fox Chase, as gusty winds blew, but service was running on most of Septa's Regional Rails, save for the Paoli Thorndale line. That line would not get restored until shortly before 1 p.m.

Commuters bundled up and were ushered on board; many relieved that their way to work was nothing like the trip home the day before.

The lines stretched at 30th Street Station. There were cancellations on Amtrak's Keystone Service after a tree fell across all four tracks.

Service was being restored between Philadelphia and Harrisburg following repairs to the damage caused to the overhead power system and tracks near Bryn Mawr.

In Upper Darby, commuters poured from the Norristown High Speed Line at 69th Street Station. This was an alternate route for the Paoli Thorndale line, which remained closed for the morning rush as crews removed downed trees and restored power.

So there were some problems, but for many, the issues were minimal, especially considering what it looked like 24 hours prior.