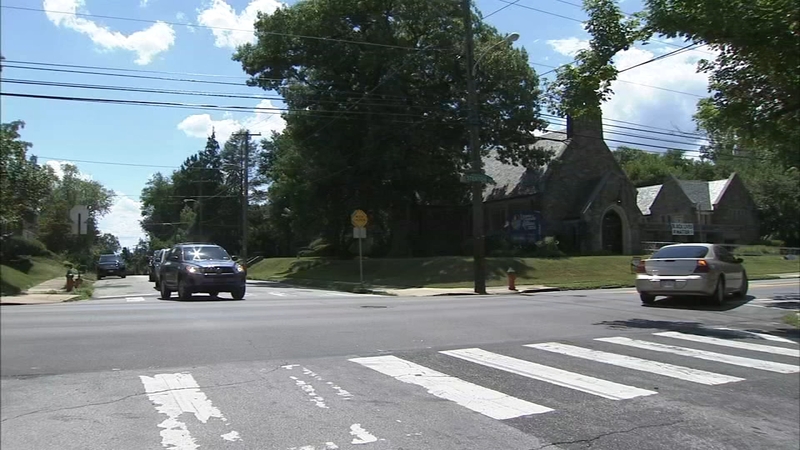 Dangerous intersection has neighbors begging for city to intervene

An increasing number of accidents at the Northwest Philadelphia intersection of Stenton Avenue and Gorgas Lane has neighbors worried.

Just two weeks ago, homes had to be evacuated after a car hit a gas line.

Residents say it is only a matter of time before someone is killed.

Philadelphia Police say from 2015 to 2017, 68 crashes occurred at the intersection and that figure exploded in 2018. Through July, there had already been 22 collisions, and those are just the ones reported to police.

Still Stenton and Gorgas is not even among the ten most hazardous intersections in the city this year, eight of which are on the Roosevelt Boulevard.

The city has acted, installing larger stop signs including a warning that Stenton and Gorgas is not a 4-way stop. The city also painted STOP markings on the road and parked electronic speed readers.

Dave Horner, a traffic engineer who works for a private company, spoke with Action News.

"Normally, if there are five accidents in a given year, that would be enough to say 'hey, we need to look at this,'" said Horner.

Residents in the area want a traffic light. But one already exists a block away in both directions. Both Horner and the city say another light is not feasible.

The city says most accidents at the intersection have been due to drivers rolling through the stop signs on Gorgas. Horner believes drivers are conditioned while traveling along Gorgas between Germantown and Cheltenham avenues.

"Everywhere along that street there are maybe ten intersections where Gorgas stops, and at every single one it's a 4-way stop except this one," said Horner.

Horner recommends the city remove some parking spaces for better sight lines. But in general, he believes the city's response has been adequate, despite the alarming number of accidents still happening.

"Some would say this is not bad infrastructure, this is bad drivers," Horner said. "I understand that, but sometimes the city can help bad drivers."

The city declined our request for an on-camera interview, but officials with the Streets Department tell us they are considering making sections of Gorgas a one-way street to help reduce traffic flow.