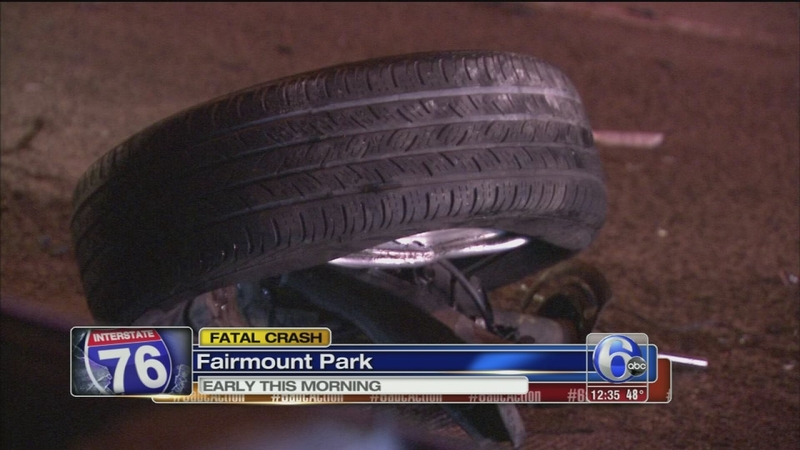 Lanes cleared on I-76 after deadly crash

PHILADELPHIA (WPVI) -- All lanes of the westbound Schuylkill Expressway (I-76) are back open after a deadly crash on the ramp to Route 1 North.

It happened around 4 a.m. Friday.

The Action Cam was on the scene of a deadly crash on I-76 westbound. Click the image above to watch video from the scene.

Action News is told the crash involved three vehicles and one of them caught fire.

Police say a male driver in the burning vehicle lost control and crashed into a barrier that caused the car to erupt into flames.

He was rushed to the hospital and pronounced dead.

The westbound lanes of the expressway approaching Route 1 North were shut down for nearly three hours as police investigated and crews worked to clear the wreckage.

Traffic was backed up for miles.

The accident was finally cleared and all lanes were reopened after 7:00 a.m.