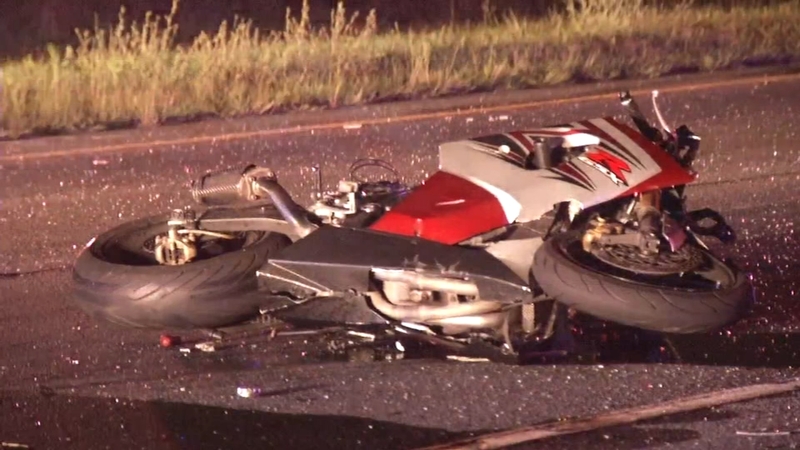 BEAR, Del. (WPVI) -- A motorcyclist has died after colliding with a car in New Castle County, police say.

It happened shortly before 11:30 p.m. Wednesday on Route 40 eastbound and Church Road in Bear.

Police say a 2003 Suzuki GSX-R1000 motorcycle, being operated by a 36-year-old Wilmington man, was traveling eastbound Rt. 40 in the left lane at an apparent high rate of speed.

As the Chrysler proceeded to make the turn, police say the Suzuki struck its right side.

The impact caused the motorcyclist to be ejected from the bike and thrown to the roadway.

After the initial collision, police say a third vehicle, a 2018 Jeep driven by a 22-year-old Philadelphia woman, struck the Suzuki.

The motorcyclist was pronounced dead at the scene.

Police say high speed is being considered as a contributing factor in the crash. They are also looking into whether impairment played a role.

Route 40 eastbound was closed for approximately three hours for the investigation.

Anyone with information should contact the Collision Reconstruction Unit at 302-365-8486.