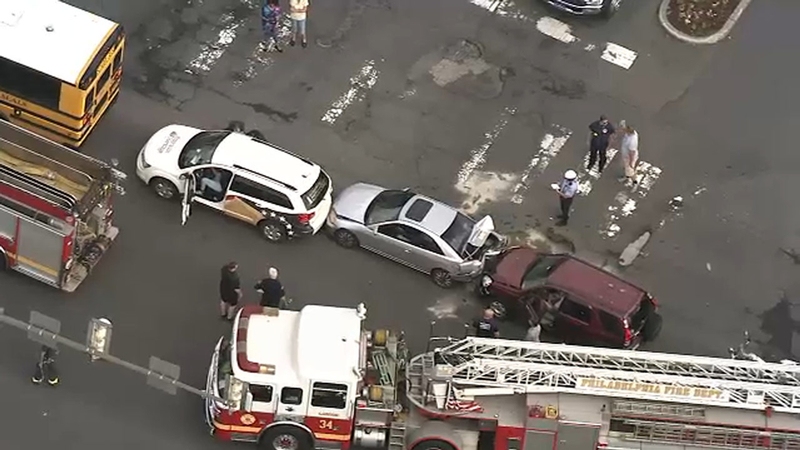 SOMERTON (WPVI) -- At least one person was carried away on a stretcher after a multi-vehicle crash involving a school bus on the Roosevelt Boulevard in the Somerton section of Philadelphia.

Police and fire crews were called around 7:35 a.m. Friday in the outer drive of the Boulevard northbound near Haldeman Avenue.

Chopper 6 over the scene showed three vehicles backed into one another, with the school bus in front.

One woman could be seen being taken away by medics on a stretcher and into an awaiting ambulance.

There is no word if there were children on the bus or if anyone else was injured.