New details about victim of Sunday's crashes on icy highways

WPVI
PHILADELPHIA (WPVI) -- We are learning more about one of the three people who were killed in the crashes on ice-covered highways in the Philadelphia area on Sunday.

Two of the victims were killed in a multi-vehicle chain-reaction crash on the Blue Route (Interstate 476)at West Chester Pike in Broomall, Delaware County around 7 a.m. Sunday.

One of the victims was 33-year-old Jason Edward Anderson of Dover, Delaware.

He was an employee of Dover International Speedway, working as the senior director of ticket sales and operations. In a statement from Speedway officials, he was described as a "dedicated husband, father, employee and friend."

The other victim was identified as Thomas Michael Brennan of Lansdale. Police say about a dozen vehicles were involved in the wreck after hitting a tractor-trailer that that lost control in the southbound lanes.

Meanwhile, around the same time, 31-year-old Eric Alan Blau of Philadelphia was killed during a chain reaction pileup involving 60 vehicles on the Schuylkill Expressway.

Police say Blau was fatally struck by a car when he got out of his disabled vehicle.

More than 30 other people were injured in the multi-vehicle pileup. Buses were brought in to take those injured to area hospitals.

The accident resulted in traffic being blocked in both directions between Gulph Mills and the Blue Route for almost five hours. 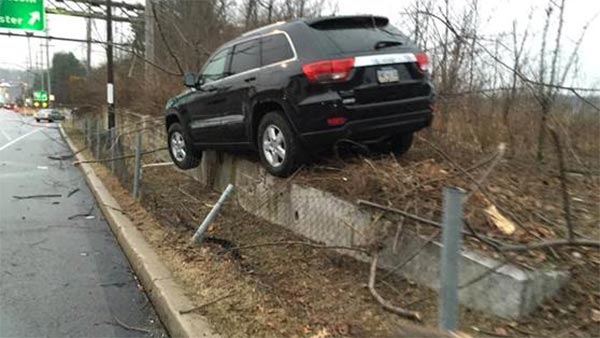 Another multi-vehicle accident happened on West Chester Pike Sunday morning and multiple accidents were reported on I-95 northbound and southbound.

In the Frankford section of Philadelphia, a fire department ladder truck slid on ice at Frankford Avenue and Margaret Street while responding to an accident.

The truck jackknifed around 8:00 a.m. No injuries were reported.

PennDOT spokesman Eugene Blaum says these accidents were a result of "flash-freezing."

"The most difficult part about this is that a flash freeze like this, the moisture can freeze on contact with the pavement," he said.

Blaum said temperature and precipitation conditions were perfect in some spots to create a serious problem: a sheet of ice caused by light rain falling on cold surfaces.

PennDOT says 146 salt trucks were deployed in the Philadelphia region after 5:00 a.m. to salt in case of mixed winter precipitation.

The icy conditions also caused problems to the area bridges.

The Betsy Ross, Walt Whitman, Ben Franklin, Tacony Palmyra, Burlington-Bristol, and Commodore Barry bridges were all closed throughout the morning due to accidents and as precaution.

The Pennsylvania Turnpike was closed in both directions between Morgantown and the Delaware River Bridge interchange. It reopened at noon with a reduced speed limit of 45mph.

Meanwhile, in Claymont, Delaware, a state trooper received minor injuries after his patrol car was struck while investigating a crash.

The trooper was on location on I-495 over Naamans Road taking a report on an ice-related accident when his vehicle was struck.

The trooper was taken by ambulance to Christiana Hospital for non-life-threatening injuries.

While on location covering this incident, the Action Cam captured a third crash on the ramp for Naamans Road.

Over in New Jersey, state police say they handled more than 400 crashes, and for a time, New Jersey Transit suspended all bus service.

Central and Northern New Jersey fared worse than the south.

Drivers venturing out had to navigate highways littered with damaged vehicles from spinouts and crashes.

The New Jersey Turnpike and the Palisades Parkway were among the highways closed for some time.

For the latest updates visit the websites of SEPTA, NJ Transit, and PATCO.

Philadelphia International Airport says to check your flight status with your airline or call 1-800-PHL-GATE. 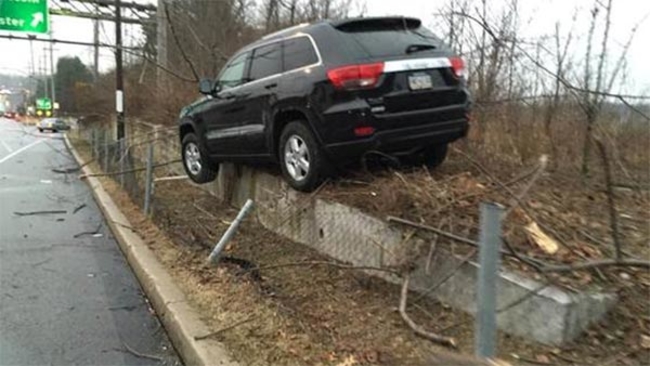