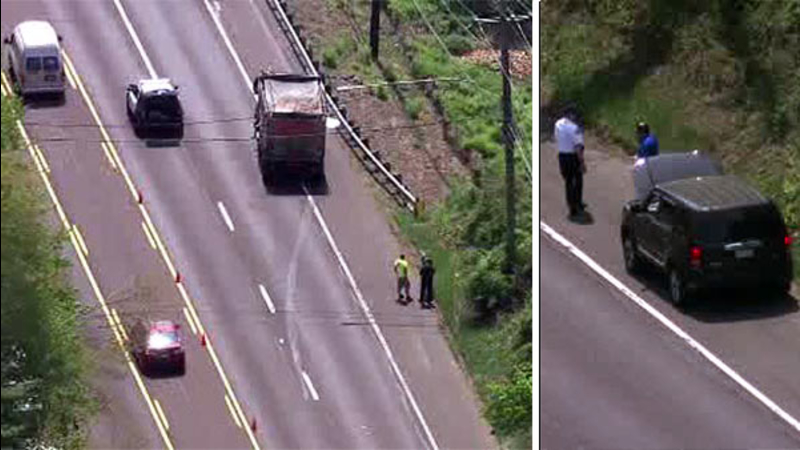 UPPER SOUTHAMPTON, Pa. (WPVI) -- Police have identified the man who was struck and killed by a dump truck after his SUV broke down on a busy Bucks County highway on Friday morning.

It happened before 11:00 a.m. on Street Road near Gravel Hill Road in Upper Southampton.

Police say 58-year-old Zinovi Pavlo of Warminster was hit after he stepped out from behind his disabled vehicle.

Images from Chopper 6 HD showed a long skid mark and a large dump truck stopped in the middle of the road.

An SUV with its hood up and emergency lights flashing was parked a short distance away on the right shoulder of the 2-lane divided highway.

Police say the 24-year-old driver of the dump truck stopped after the incident and was cooperating with investigators.

Though the investigation continues, police say this will likely be ruled accidental.