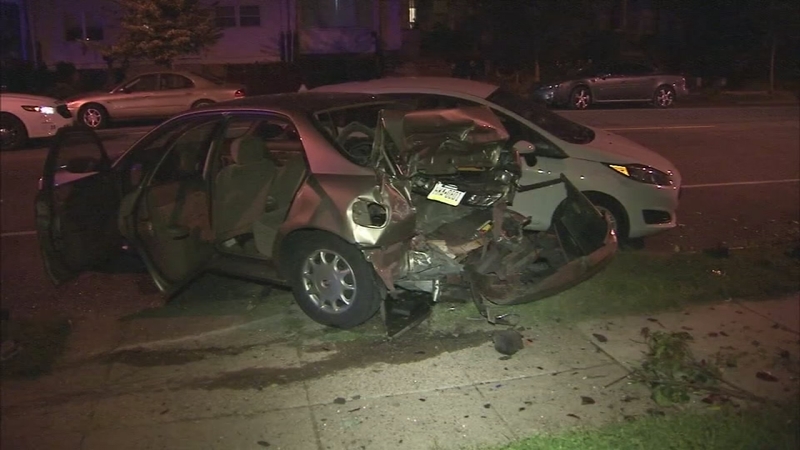 TACONY (WPVI) -- Officials have identified both the suspect and the victim in a deadly hit-and-run crash in Philadelphia's Tacony section.

It happened around 4:30 p.m. Sunday near the corner of Torresdale Avenue and Magee Street.

That pedestrian, identified as 73-year-old Norman Ewing, was dragged for several blocks.

Ewing later died at the hospital.

Witnesses say they screamed that the victim was underneath but the driver ignored them.

"I heard him at Torresdale and Magee. He was swerving, it sounded like gunshots," one witness said.

Another witness said, "He came speeding down this way - hit a car right here then this car hit this car then he hit this person right here."

At Levick and Torresdale, the driver reportedly kept going, but left the victim behind.

Mikey Wheeler of Mayfair said, "He started to try and get up, and I told him please stay down, help is on the way."
Anthony Garcia of Mayfair added, "We see the body lying there, the man on the ground. We went over to protect him from traffic so he wouldn't get hit. He looked in really bad shape."

Hernandez was arrested a few blocks away after police say he tried to drive away from the scene, and hitting a seventh car.

Police believe Hernandez was driving under the influence.

A woman who says she is related to the victim came to the scene. She said he was leaving a friend's house, and was getting into his car when he was hit at Magee and Torresdale.

Police believe Hernandez was driving under the influence.