SUV slams into police cruiser on I-95 in Frankford 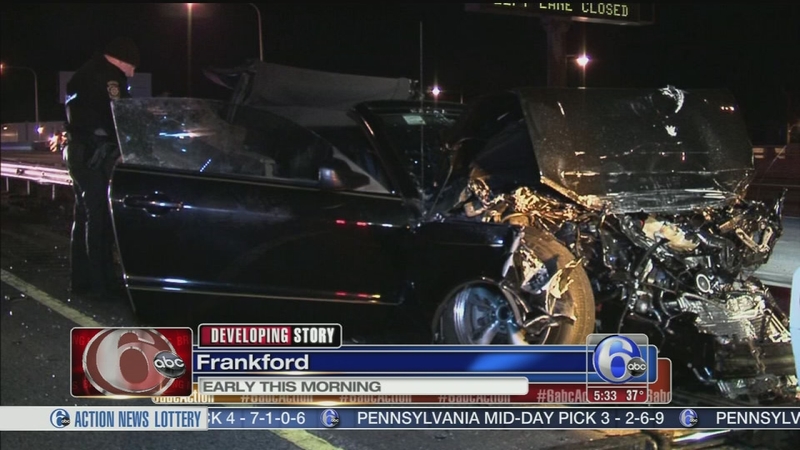 VIDEO: Crash on I-95 in Frankford

FRANKFORD (WPVI) -- A Philadelphia police officer escaped injury when an SUV slammed into his police car on I-95 in the city's Frankford section.

It happened after 2 a.m. Monday in the southbound lanes while the officer was at the scene of earlier crash involving a tanker truck.

Police say that crash happened when a 50-year-old motorist slammed into the back of the tanker.

Medics were on the scene working to free that driver when an SUV slammed into a police cruiser parked nearby.

The officer was outside the patrol car at the time and was not hurt.

The driver who hit the tanker was taken to an area hospital in stable condition with multiple injuries.

The driver who slammed into the police vehicle was not seriously injured, and was being tested for DUI.