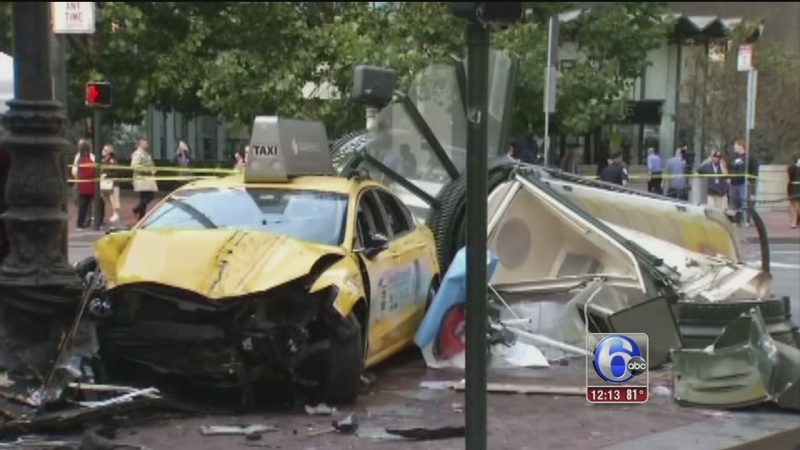 SAN FRANCISCO -- A cab driver and two other people suffered critical injuries when the taxi jumped a curb and plowed into an advertising kiosk and a shoeshine stand at a busy corner in downtown San Francisco.

"The cab came barreling down Market Street, hit the newspaper stand and then the next thing I saw was the old man flying over the shoeshine stand," Susan Giammona, who sells shawls and scarves near the crash site, told the San Francisco Chronicle.


Officials initially said the taxi had crashed into a public toilet but later said it hit an advertising kiosk.