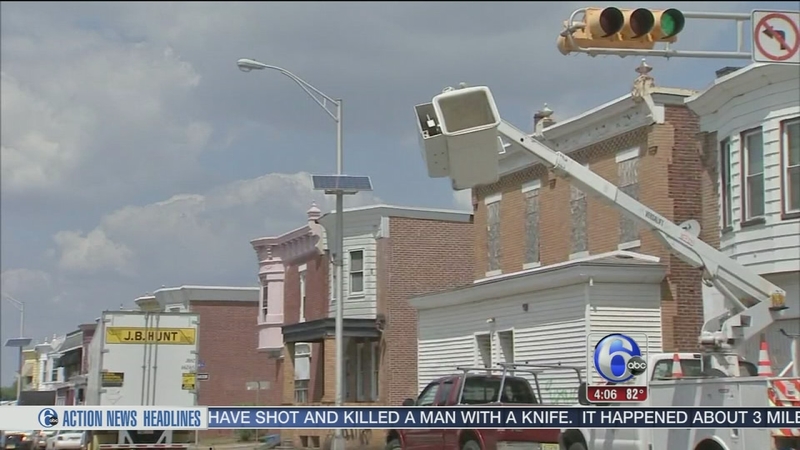 CAMDEN, N.J. (WPVI) -- A man is in critical condition after a tractor-trailer struck a bucket truck in Camden Tuesday morning.

The crash happened just after 11:00 a.m. in the vicinity of Mt. Ephraim Avenue and Everett Street.

Police say the tractor-trailer was traveling along Mount Ephraim Avenue. Just past Everett, a city electrical worker was up in the bucket of a truck repairing a traffic light.

The tractor-trailer went through the light.

Witnesses watched as the truck hit the bucket.

"The truck hit it and the man flew and hit on top of the corner of the truck and hit the ground," Camden resident Erica Santos said.

Chopper 6 showed a hole in the roof of the truck's trailer where it appears the worker landed first before falling to the ground.

He was rushed to Cooper University Hospital in critical condition.

Witnesses identified a woman caught on the Action Cam as the driver of the tractor-trailer. She stayed on the scene as investigators began piecing together what happened.

The worker was with the City of Camden's Electrical Bureau.

New Jersey Occupational Health and Safety Investigators were on the scene beginning their own investigation.