The puppies are recovering at the Bucks County SPCA.

"Most of them are in good condition, good weight, some of them are lively. Others are still traumatized by the situation," Amanda Dubell of the SPCA said.

"I've worked here over 40 years and we never got this one before," Anne Irwin of the SPCA said.

It was around 4:30 a.m. Wednesday when the van carrying roughly 80 puppies for a commercial breeder was involved in a wreck near the Willow Grove exit.

Two of the puppies did not survive.

A few others suffered broken bones and are being treated. 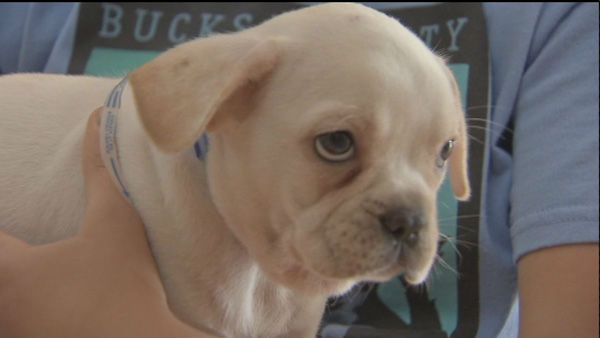 The SPCA credits firefighters for their quick action.

"I was so impressed by the firemen. They got the call at 4:30 in the morning and they were out in the road getting the dogs out of van, helping the people out of the van," Irwin said.

Pennsylvania State Police say a driver and passenger in the van suffered some injuries and are being treated at a local hospital.

The dogs headed to the SPCA in Lahaska where young volunteers Elena and Ryan Frank worked to calm the puppies before they head to pet store in New Jersey.

"It was kind of crazy at first. I was helping the dehydrated ones and the ones that weren't feeling too good," Elena said.

"They've been through a lot. Fortunately puppies are pretty resilient," Irwin said.

The Bucks County SPCA executive directors says it appears the puppies were well taken care of by the commercial breeder and stored in bins with the appropriate food, water, and space.

The investigation into the crash continues. 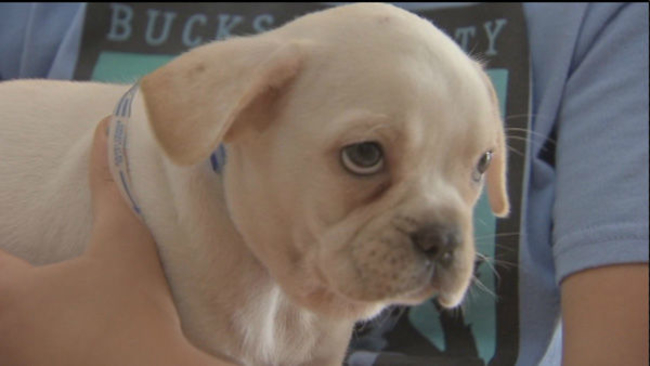