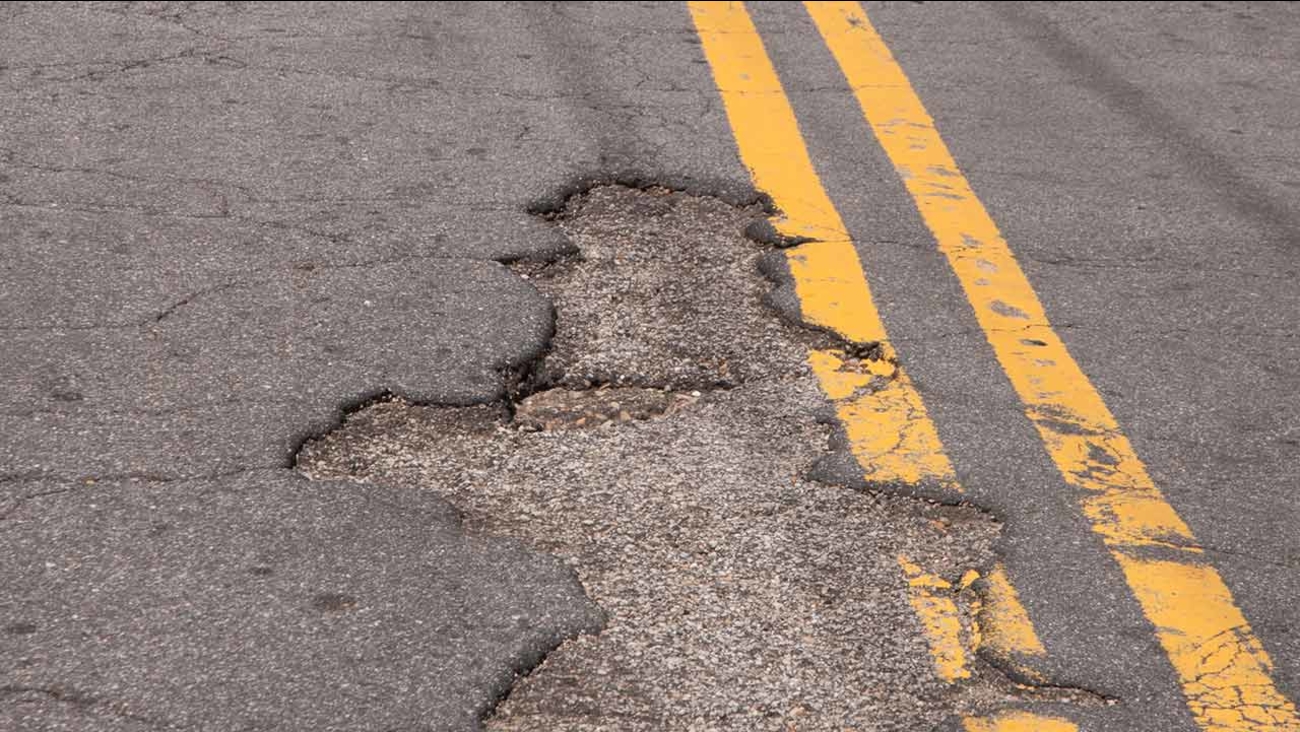 HARRISBURG, Pa. (WPVI) -- Pennsylvania drivers will be getting some relief from pockmarked roadways in the form of $180 million to fill in potholes and perform other work after the ravages of a tough winter.

The Pennsylvania Department of Transportation burned through nearly 23,000 tons of asphalt to repair potholes through the end of April. It used about 15,000 tons over the same period last year and in 2016.

PennDOT says people can report potholes and other maintenance problems online or by calling 1-800-FIXROAD.