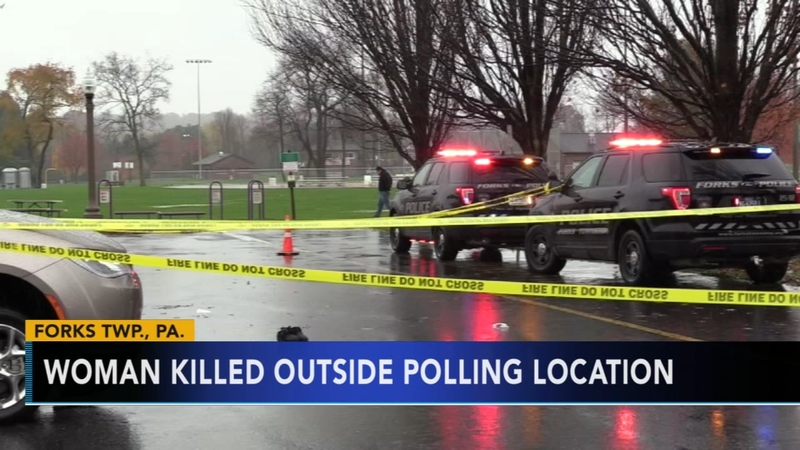 EASTON, Pa -- Authorities say a woman was struck and killed outside an eastern Pennsylvania polling place on election day.

Officials in Lehigh County said the accident happened at about 10:45 a.m. Tuesday outside the Forks Township municipal building, which was being used as a polling place.

The county coroner's office said 83-year-old Marlene Raub was pronounced dead shortly before 11:30 a.m. at St. Luke's Hospital due to blunt-force trauma to the head. Her death was ruled accidental.

Witnesses said Raub had just voted and was walking outside when she was struck. Police said the 78-year-old driver of the minivan involved stopped at the scene and was released without charges after being questioned.

Dozens of voters continued to walk in and out of the polling place as police investigated outside.