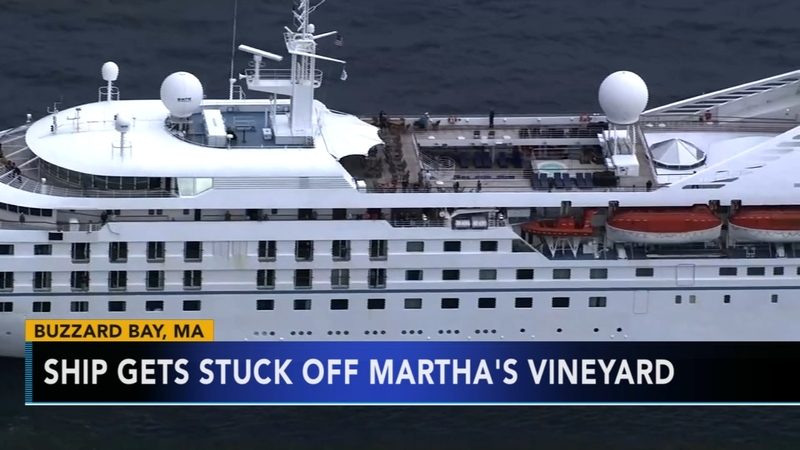 BOSTON -- The U.S. Coast Guard says a cruise ship that became disabled off the Massachusetts coast is docking in Rhode Island and must be inspected before it can continue on its way to New York.

The Star Pride carrying 351 people became stranded at about 3:15 p.m. Friday in Buzzards Bay between Woods Hole and Martha's Vineyard.

The US Coast Guard responded and later tweeted that the 376-foot (115-meter) ship was anchored and had regained power.

Windstar Cruises, which operates the Star Pride, said in a statement that the ship experienced a loss of cooling water for the engine systems, causing an automatic shutdown of the propulsion and auxiliary engines.

They said the cause of the shutdown was identified and addressed.

The company said all ship operations, including propulsion, have returned to normal. Guests were being served dinner.

The Coast Guard says a tug boat was escorting the vessel to Newport, Rhode Island, where it will be docked overnight for an inspection.

Coast Guard Capt. Chris Glander said the inspection "will ensure the safety of the passengers and crew" before they continue on to Manhattan.

There were 191 passengers and 160 crew members on the ship.

The ship is on a 17-day cruise from Reykjavik, Iceland, to New York.

It had been scheduled to depart New York on Saturday for a cruise to Montreal.