WPVI
For the second time in as many weeks, a flight bound for Philadelphia was diverted - for the same reason.

U.S. Airways Flight 715 from Venice, Italy had to land in Dublin, Ireland on Monday after several crew members fell ill.

It's not yet known what caused the illness.

However, the exact same thing happened on the same flight back on May 10th.

In that incident, the flight from Venice landed in Dublin after crew members fell ill. 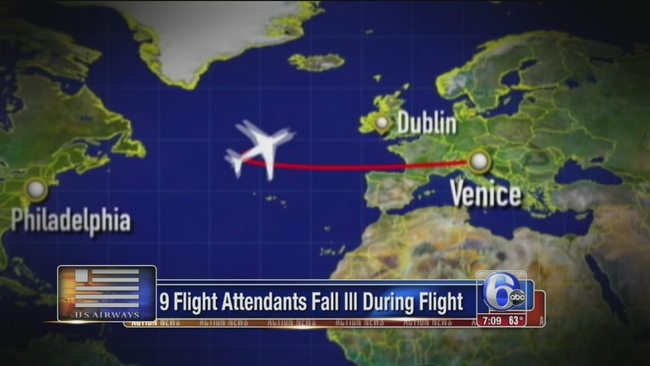