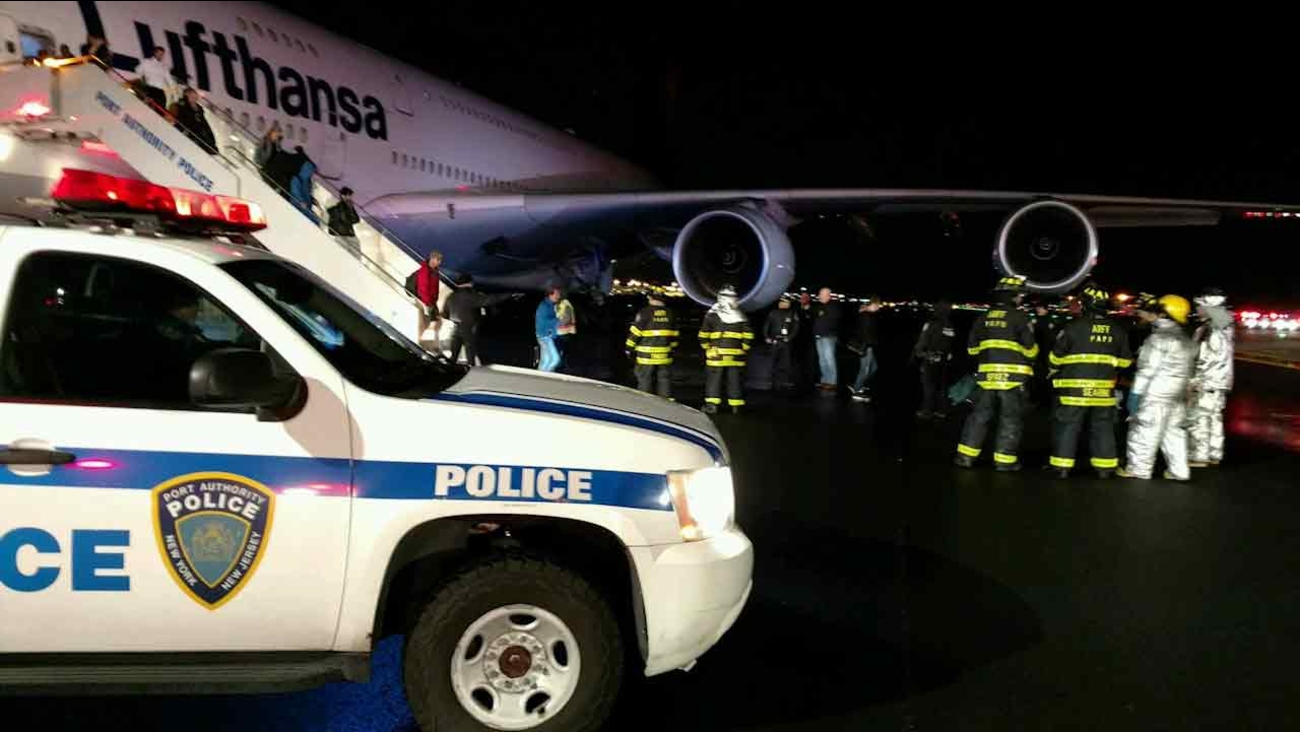 NEW YORK -- The Port Authority says Lufthansa Flight 441 from Houston to Frankfurt was diverted to JFK Airport after a bomb threat was called in.

The plane was taken to a remote area at JFK.

The call was made to Lufthansa corporate headquarters. The caller said that there was a bomb aboard the airplane.

Headquarters notified the captain, who made the decision to divert to JFK.

PAPD, NYPD, JTTF have all determined this is most likely unfounded, but they are going to have to offload all passengers and interview them and screen luggage.

The plane involved is an A380, which is the world's largest plane, with 530 people aboard.

Passengers most likely will spend the night in hotels.