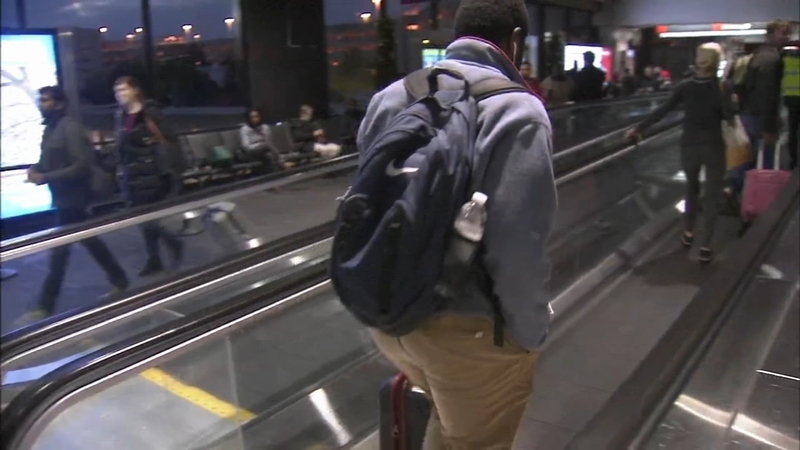 PHILADELPHIA (WPVI) -- The annual turkey trot has begun! Unfortunately, for those of you getting on the road, rails, or heading to the airport, this year will feature the highest travel volume for the holiday in 13 years!

Early Wednesday morning, the traffic jams could be found at the Philadelphia Airport. Even before 5 a.m. the lines for TSA snaked around, with passengers anxious to get to their gates.

At 30th Street Station lines were a little longer than usual, but it was easy sailing, so far.

Experts say it's all just beginning - the crowds are expected to swell this year especially.

"AAA is projecting 650,000 people will travel for the holiday and that is up about 5 percent over last year," said AAA spokesperson Jana Tidwell.

"Last year we had just over 770,000 passengers in the system with about 90,000 coming right through here at the Philadelphia station," said Amtrak spokesperson Christina Leeds.

On average, gas in Philadelphia is about nine cents higher per gallon than it was this time last year. But because the economy is doing so well, AAA expects a lot more people to be hitting the road with a little bit more disposable income.
That means way more family at the dinner table, and way more fighting over who gets the drumstick.

"You need to take into account the traffic you will sit in getting to the airport, especially depending on when you leave. If it's this afternoon, we're going to see a lot of traffic hotspots. All those traffic jams you typically see, they're going to be increased by two, three, four times," says Tidwell

If you're getting ready to travel to your holiday destination on Wednesday, it is recommended you give yourself plenty of time to get through security and to your destination.

This Thanksgiving is shaping up to be one of the busiest holidays for travel in years, and a lot of people are headed out Wednesday either by plane, train or automobile.