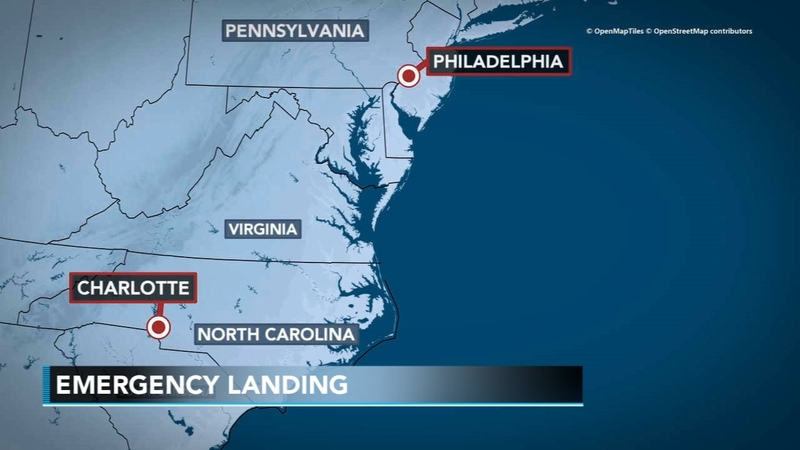 PHILADELPHIA (WPVI) -- A frightening moment onboard a Philadelphia-bound airplane led to an emergency landing.

American Airlines flight 1115 took off just after 3:30 p.m. Monday from Charlotte, North Carolina and had to make the emergency landing minutes later.

The airline said it was due to a mechanical issue.

The plane landed safely back at Charlotte Douglas Airport at 3:45 p.m.

David Pedron of Lansdale, Montgomery County was one of 183 passengers and seven crew members onboard. He said he heard a loud pop.

"It sounded like it could have been potentially turbulence; it was a loud pop, almost like a gunshot type thing, and that's when everything started to slow down a little bit," Pedron said.

The captain told the passengers they had nothing to worry about, Pedron said.

"'We have to make an emergency landing,'" Pedron said the captain announced. "'Be prepared to see emergency vehicles down on the runway. It's not a big deal. We should be fine.'"

Pedron said everyone onboard was tense, and applauded after touching down.