Travel woes for some headed home after Thanksgiving weekend 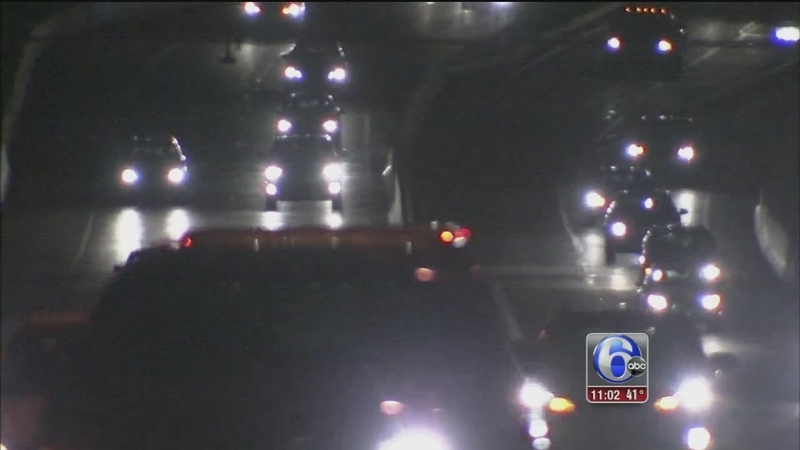 PHILADELPHIA (WPVI) -- It was time to say goodbye Sunday as the estimated 49 million people who traveled for the Thanksgiving holiday headed back home.

The majority hit the road with 43 million diving, just under 4 million flying, and the rest on cruises, trains and buses.

Some travelers, either leaving or passing through the Delaware Valley, faced major headaches returning home.

"Yeah it's been rough today. ... About a six-and-half to seven-hour drive has been about nine hours," said Connie Jones of Langhorne.

Connie Jones was in the home stretch of her drive from Ohio to Langhorne, Pennsylvania.

It's time to say goodbye as Thanksgiving is over and the estimated 49 million people who traveled are heading back.

And she's not the only one with travel woes.

"It's usually an hour-and-a-half drive, and it took us three hours to get there," said Sean Carolyn of Bethlehem.

"My train was actually at 5:45, and now it's 7 p.m.," said Carolyn.
"The traffic is bad. We parked across the street," said Kevin Higgins of Radnor.

Beverly Hill from Georgia tells us her train bound for Miami was delayed, which left her with a two-hour wait.

"That's why we're not sitting on I-95 because we've done that and we're not doing that today," said Diane Schruben from Fayetteville, North Carolina. "I would rather do a two-hour wait here then get on I-95."

But others like Derrick Schaub of Toms River, New Jersey, say traffic's not too bad.