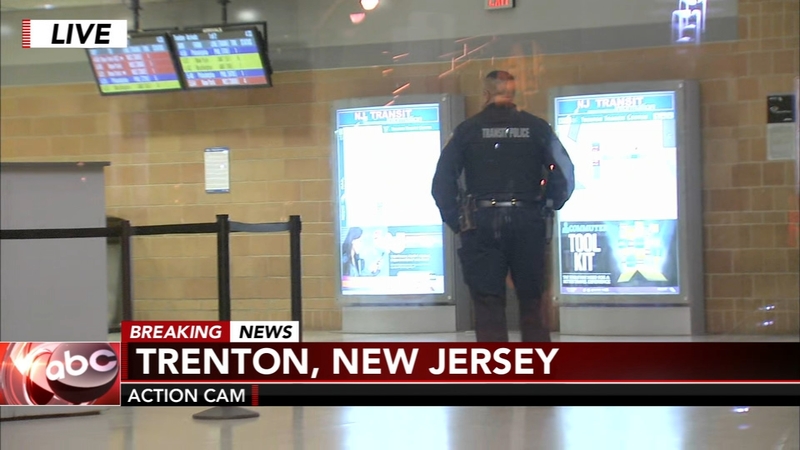 It happened around 2:45 a.m. inside of the station on Clinton Avenue in Trenton.

Officials said the officers were in the process of clearing the waiting room when a homeless woman lunged at them.

Both officers were involved in the struggle while trying to subdue the woman.

According to police, the woman suffered a puncture wound to the face and was taken to Capital Health Hospital for treatment.

The officers were not seriously injured in the incident.