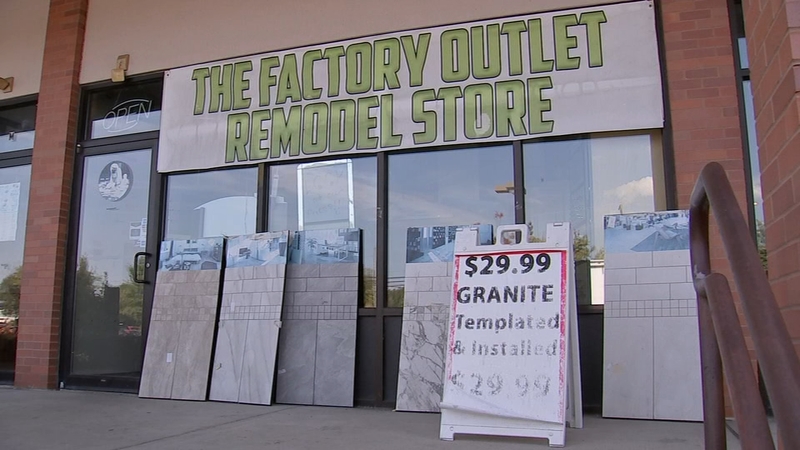 A warning about a local home remodeling store and contractor. The Troubleshooters have been investigating and now the Pennsylvania Attorney General is taking action, filing a lawsuit against the business and its owner.

The Factory Outlet Remodel Store's owner Kurt Poust Jr. (he also goes by Kip Post) was convicted of three counts of theft by deception in Washington State. He then moved here and opened up shop in East Norriton and Hatfield and he is now facing charges brought by the Pennsylvania Attorney General.

Both Laurie Staudenmayer and Aaron Voegtli have complaints against Kurt or Kip Poust and The Factory Outlet Remodel Store.

"We were going to gut this entire kitchen," said Voegtli.

"Did a whole virtual design of the kitchen, loved it, thought it was great," said Staudenmayer.

However, neither is pleased with the actual outcome. Voegtli said he paid Poust $13,000 for materials and got nothing in return.

"When I heard the money was gone, it was gone. And that's when it hit me like a ton of bricks," he said.

Staudenmayer said she paid upwards of $30,000 for materials and labor. She did get her kitchen done, but she said with many problems.

"Negative 10? Can I give them that," she said.
The list of her concerns includes the wrong size refrigerator, baseboards missing, bungee cords holding pipes up, a leaky wall and a green stain on her new granite countertop among others.

Voegtli filed a criminal complaint with Plymouth Township police and that led to Poust's arrest.

Voegtli later told us his matter was resolved and Poust's attorney told us those charges were dropped.

But now the Pennsylvania Attorney General has filed a lawsuit against Poust for failure to deliver materials or services, calling for him to immediately stop working and pay restitution.

"Until you're standing in your kitchen one day, you're out $13,000 that you save two years to be able to redo your kitchen, you're out the money and there's no kitchen and you're just shattered," said Voegtli.

We reached out to Poust's attorney about the AG's lawsuit and Staudenmayer's case, but he told us he has no comment.