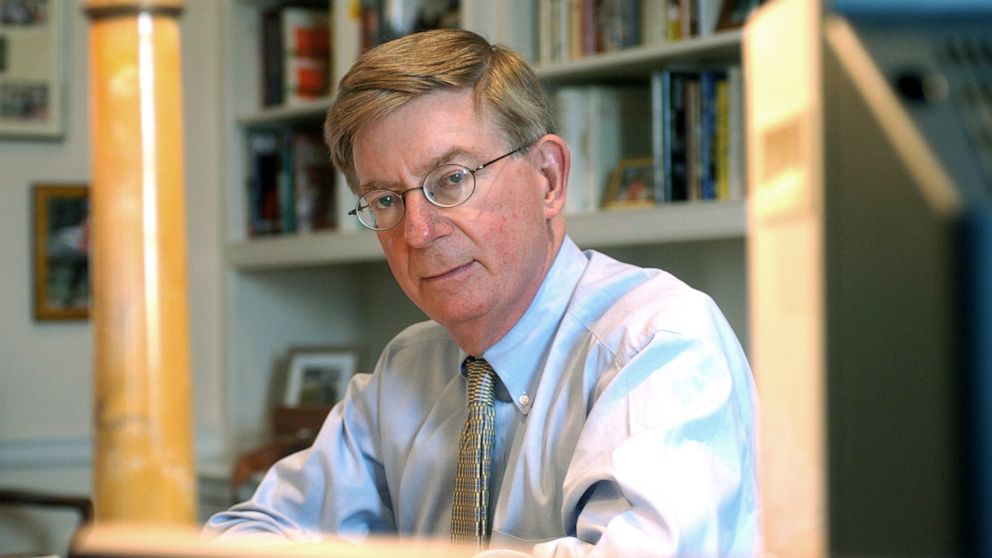 ABCNews
By SRUTHI PALANIAPPAN
Don't look for the name "Trump" in George Will's new book, "The Conservative Sensibility." The renowned columnist says that's because Trump doesn't "have much to do with American conservatism."

On the "Powerhouse Politics" podcast on Wednesday, Will said the departure from traditional conservatism predates Trump, but the impact Trump has had on the Republican party and the country will create significant lasting damage beyond his term in office.

ABC News Chief White House Correspondent Jonathan Karl asked Will why Trump got elected and why he now enjoys such strong support from Republican officeholders and voters alike.

"It helped that the Republicans had what 17 people on stage at the beginning of the nominating process and the most lurid stood out. But beyond that, Mr. Trump's manner appeals to people," Will responded.

Will explained that what many criticize about Trump -- his blunt language and manner -- are what got him to the Oval Office.

"A lot of people say, 'Well, we ought to impeach him for being a boor,'" said Will. "He promised to be a boor. This is promise keeping that he was going to overturn the norms."

In Will's judgment, however, this shift in discourse that Trump has started in the nation will do "more lasting damage to the country than Nixon's surreptitious burglaries did."

"You can't unring the bell. You can't unsay what he has now said is acceptable discourse in the United States," said Will.

When ABC News Political Director Rick Klein asked about the 2020 election and whether Democrats should be afraid of going too far left, Will took out a small card from his wallet. Written on it are ideas such as "end private health insurance," "Green New Deal," and "abolish the Electoral College."

Will said Democrats should be afraid of embracing such ideas and making it easier for the country to elect Trump once again.

"That's a way to start a campaign, let's offend a 180 million Americans right out of the bat," Will said of the aforementioned Democratic proposals. "Everyone knows the Electoral College is not going to be abolished because 13 small states can and will stop a constitutional amendment," he added.

Klein asked Will whether Trump can beat that platform. "Yes," responded Will. "Right now, the Democrats seem determined to make it easy to vote for him."

Will expressed not only his concern about the state of the conservative movement. He also worried about the nation's pastime -- and his favorite as well: baseball.

"They're both in perilous condition," he joked. "In 2018, you had more strikeouts than hits, when there's about four minutes now between the ball being put in play, when the average TV viewer of a baseball game watches for 15 minutes and goes away. Something must be done about the pace of play," said Will.

With July Fourth approaching, Karl asked Will what he makes of Trump's plans to turn the traditionally non-partisan American holiday into something of a "Trump celebration" with the president's plan to give a big speech.

"I don't have the feeling that there's insufficient attention being paid to the president," said Will. "Maybe, just maybe, it'd be nice to have a Fourth of July where we thought about John Adams and those folks," he said.