Senate acquits Trump of impeachment; how did local lawmakers vote?

WPVI
PHILADELPHIA (WPVI) -- President Donald Trump won impeachment acquittal Wednesday in the U.S. Senate, bringing to a close only the third presidential trial in American history with votes that split the country, tested civic norms and fed the tumultuous 2020 race for the White House.

All of our local lawmakers voted along party lines, with all five Democrats from our tri-state area voting to convict President Donald Trump.

That includes Senator Chris Coons from Delaware. Speaking on the Senate floor just an hour and a half before the historic vote, Coons said he feels the Senate failed to put country over party.

"So to my Republican colleagues, I have frankly found it difficult to understand why you would to continue to so fervently support a president who has repeatedly and publically invited foreign interference in our elections," said Coons. 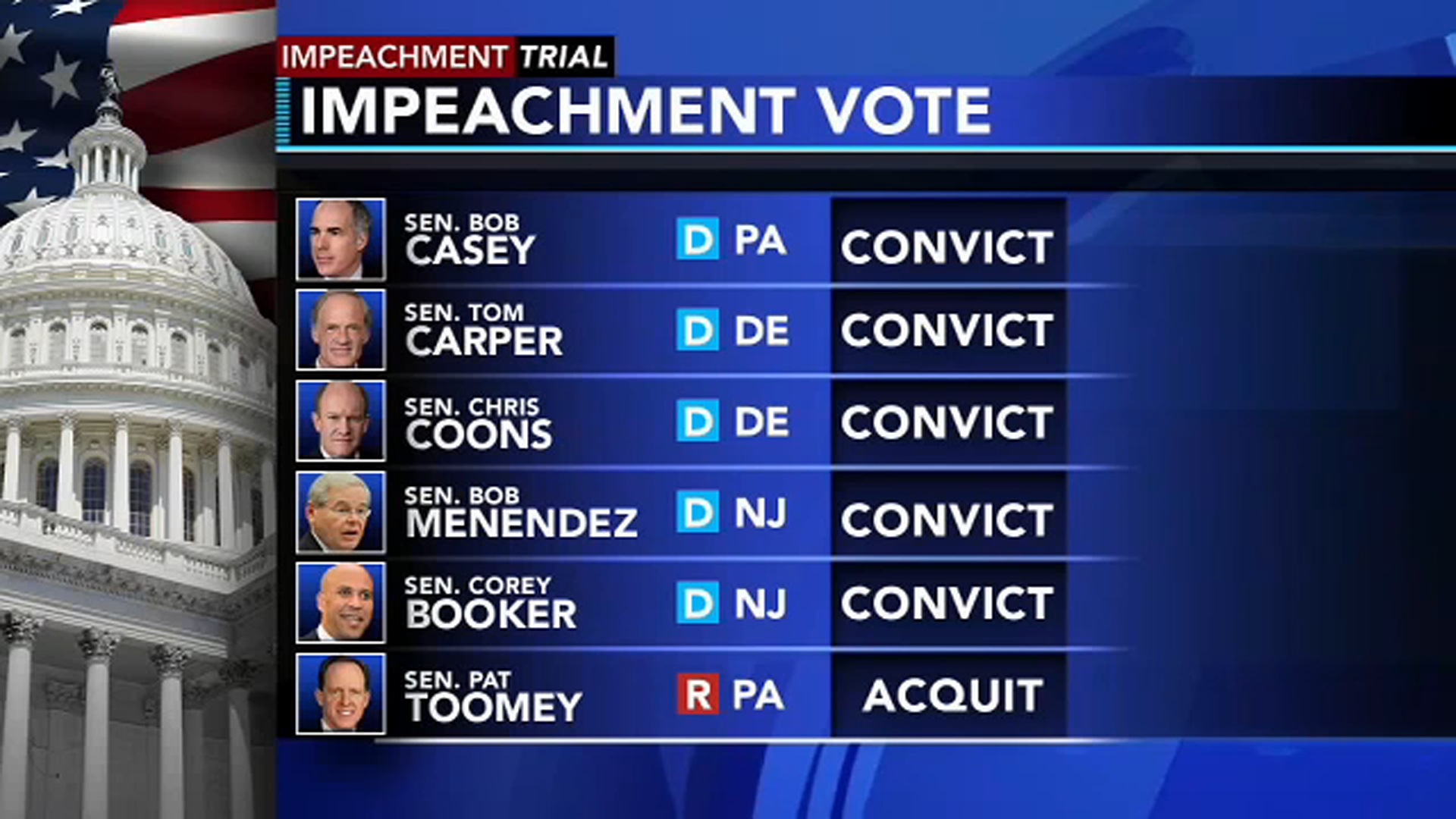 Voting not guilty and along party lines, Republican Pennsylvania Senator Pat Toomey called the impeachment process unfortunate and one that was politically motivated in the house from day one.

He voted "not guilty" and feels he is on the right side of history.

"If we were to remove this president at this moment for these allegations, what we would be doing is we would be establishing a whole new norm for impeaching a president. Impeachment was totally inappropriate and we're much better off bring this to a close," said Toomey.

Toomey did not give a speech on the floor -- but submitted a statement for the record.
Report a correction or typo
Related topics:
politicsdelawarenew jerseypennsylvaniaimpeachmentdonald trumppolitics
Copyright © 2020 WPVI-TV. All Rights Reserved.
More Videos
From CNN Newsource affiliates
TOP STORIES