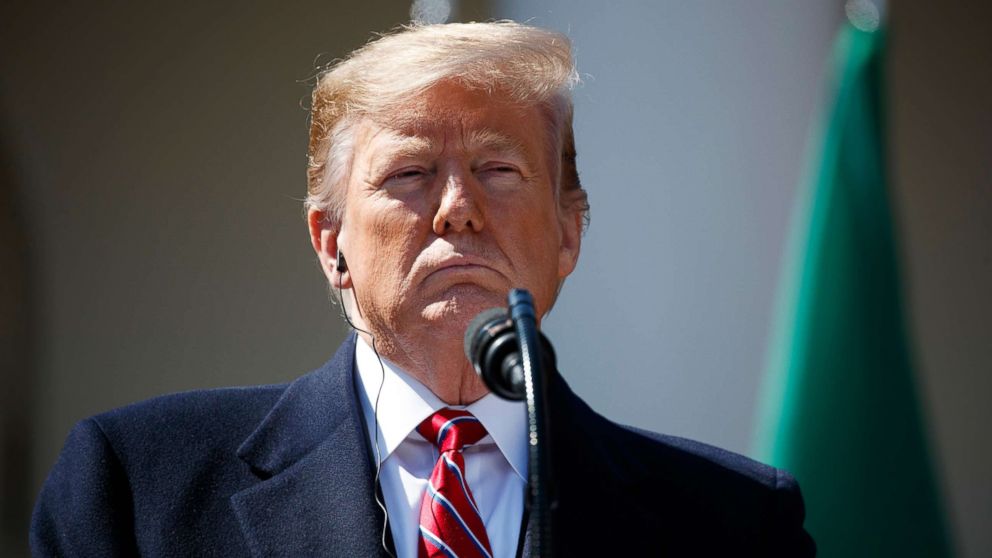 President Donald Trump on Tuesday ruled out trying to expand the Supreme Court with new justices - or "court packing" as critics call it -- even as the idea has gained traction with several Democratic candidates for president.

"No, I wouldn't entertain that," Trump said in response to a question from a reporter with the Daily Caller at his Rose Garden news conference with Brazil's President Jair Bolsonaro. "The only reason that [Democrats are] doing that is they want to try and catch up."

Democrats have argued that the measure would be a tit-for-tat response to moves already taken by President Trump and Senate Majority Leader Mitch McConnell to get high numbers of conservative judges nominated and confirmed to courts across the country, as well as McConnell's success in preventing former President Obama's nominee for the Supreme Court Merrick Garland from ever receiving a vote.

Once considered a proposal popular only among the political fringes, Trump's back-to-back appointments of Supreme Court justices Neil Gorsuch and Brett Kavanaugh revived 'court packing' as a mainstream issue in response to Democrats' fears that conservatives could gain a majority on the court for decades to come.

Though legal experts have warned the move could further thrust the court into turmoil by turning it a body completely polluted by political maneuvering, an argument already leveled by some Democrats following the controversial Kavanaugh confirmation process.

The issue could also create a potential opening for Trump, as he has repeatedly cited the Supreme Court as a leading motivator for rallying his base in his victory over Hillary Clinton in 2016.

"If they can't catch up through the ballot box winning by an election, they want to try doing it in a different way," Trump said Tuesday. "We would have no interest in that whatsoever, that'll never happen. I guarantee you it won't happen for six years."
Report a correction or typo
Related topics:
abc newsnational
Copyright © 2021 ABC News Internet Ventures.
TOP STORIES
Man dead after fight outside Pat's King of Steaks
Girl, 6, hit by vehicle while fleeing Philadelphia gunfire
AccuWeather: Not as hot, some downpours today
Boyfriend now person of interest after woman disappears while on trip
4 treated, including firefighter, following rowhome fire in Manayunk
Primark opens at Fashion District Philadelphia
SpaceX launches 4 amateurs on private Earth-circling trip
Show More
Age-progression picture shows what missing NJ girl may look like today
4 young people shot in past week have ties to one school
98% of those who died from COVID this year in Philly were unvaccinated
DNA evidence helps Philly police make arrest in 2007 cold case murder
Boy dies after running out into street, getting hit by vehicle
More TOP STORIES News