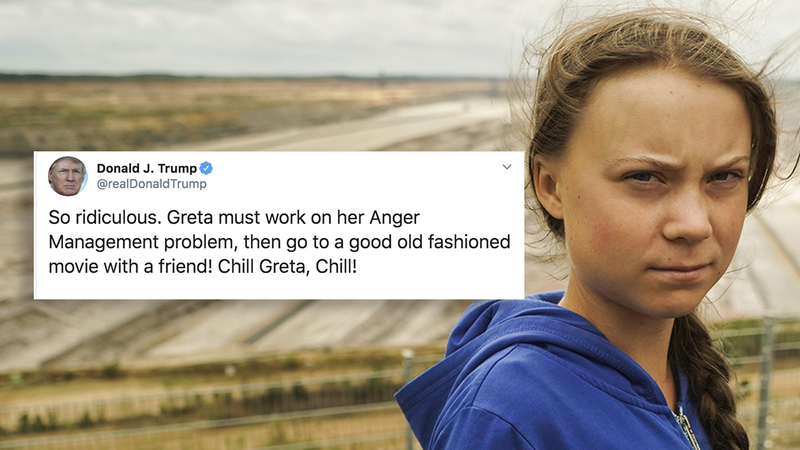 WASHINGTON -- A day after Greta Thunberg was named TIME Magazine's Person of the Year, President Donald Trump tweeted that her selection was "ridiculous" and that the 16-year-old climate activist "must work on her Anger Management problem."

"So ridiculous. Greta must work on her Anger Management problem, then go to a good old fashioned movie with a friend! Chill Greta, Chill!" the president tweeted Thursday morning.

So ridiculous. Greta must work on her Anger Management problem, then go to a good old fashioned movie with a friend! Chill Greta, Chill! https://t.co/M8ZtS8okzE

In response, Thunberg apparently trolled the president, changing her Twitter bio to read: "A teenager working on her anger management problem. Currently chilling and watching a good old fashioned movie with a friend."

This is not the first time Trump has targeted Thunberg. He also posted a sarcastic tweet during the UN General Assembly, after Thunberg had harsh words criticizing world leaders for inaction on the climate.

"She seems like a very happy young girl looking forward to a bright and wonderful future. So nice to see!" Trump tweeted at the time.

In its Person of the Year announcement, TIME called Thunberg an "icon of a generation" after leading weekly school strikes in Sweden that inspired similar actions in about 100 cities worldwide.

The title, which dates back to 1927, is given to the person or group of people who the magazine's editors deem to have had the greatest impact on the year's events, good or bad.