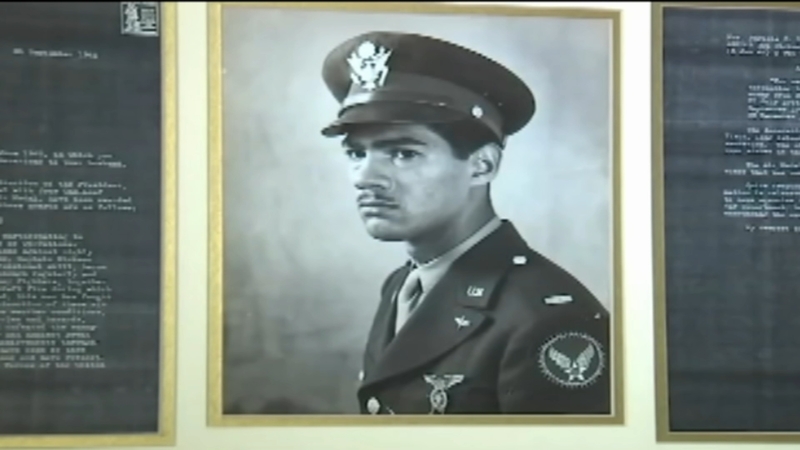 SOUTH ORANGE, N.J. -- A New Jersey woman got a sense of closure regarding her father, one of the famed Tuskegee Airmen, after 74 years.

Last week, Marla Andrews from East Orange was informed that his remains had been recently identified.

They were recovered from the site of a military plane crash in Austria this summer.

Until last Friday, Andrews was never sure what happened to her father Captain Lawrence E. Dickson.

"I was very relieved because it just felt like the weight on my back - I think they closed down the whole case in 1948. I think because they didn't dream either that the DNA could ever evolve into what it has," Marla said.

What a blessing to meet Marla Andrews. Her father was Capt Lawrence Dickson. A Tuskegee Pilot who died in Austria in WWII. DNA confirms her father’s remains. Now she can bury the father she loved but never knew @ABC7NY @SpreiTV pic.twitter.com/pMcWMh5aXM

Marla was only 15 months old when her father disappeared

Twenty-six other Tuskegee Airmen are still listed as missing in action from World War II.