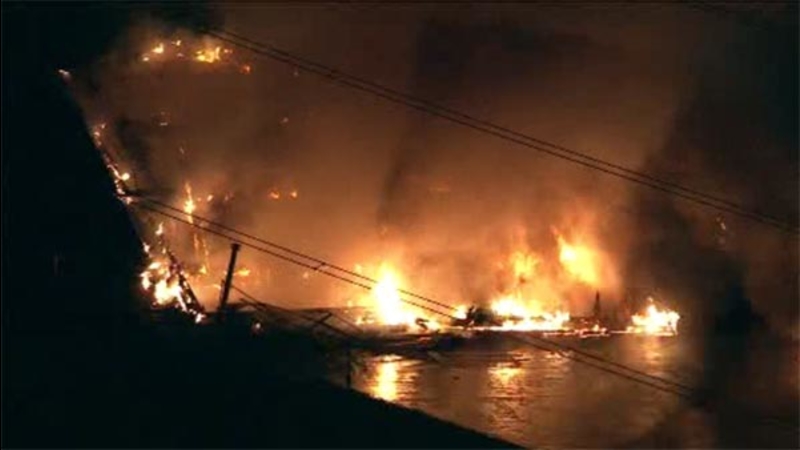 Multiple fire crews battled the blaze that broke out at a vacant warehouse just after 8:30 p.m. Thursday at 70th Street and Cobbs Creek Parkway.

Residents reported seeing parts of the building collapse and said the fire was taking over the building.

"At one point, you could smell the chemicals, probably like paint ... it's crazy just sitting here watch everything go up into flames," said Dave Tran.

In the end, fire department officials said, it took 100 firefighters using 28 trucks about 2 hours and 20 minutes to bring the blaze under control.

No residents were evacuated, but they were asked to stay back until the blaze was contained.

One firefighter was treated for minor injuries then released. No other injuries were reported.

The fire marshal is working to determine the cause of the blaze.