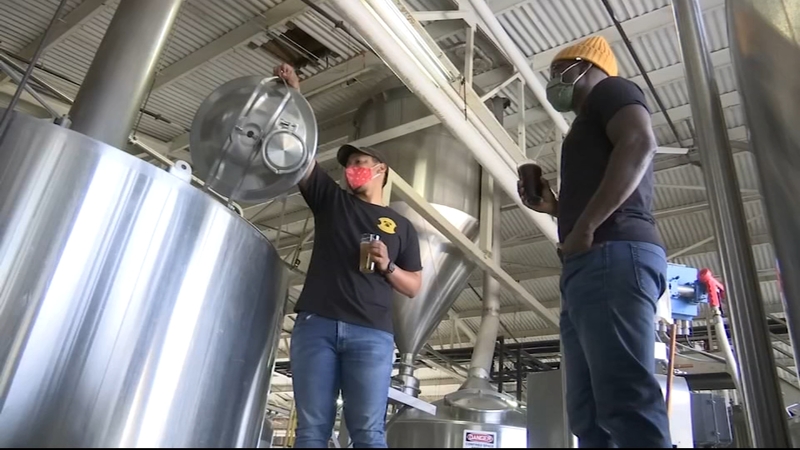 Their craft brews are produced in Craft Hall along Delaware Avenue thanks to a partnership with FCM Hospitality and Mainstay Independent Brewing.

The brewers are excited about this huge milestone.

"It means breaking down barriers. Representation matters, so it's huge for us to lay down our roots," Mengistu Koilor said.

The Koilor brothers have been home brewers for more than four years.

Richard Koilor's passion for brewing drew him to bring his brother into the mix.

The West Philly natives described putting their own spin on craft beer as West African and West Indian descent.

They received a lot of attention in 2020 for collaborating with other brewers as part of the Black is Beautiful Beer initiative. For the first time, they can put their beer on the market.

Beer lovers can either purchase packs or kegs by coming into Craft Hall or online.

They will soon offer a third beer called 'Who You Wit?' which is a Belgian-style witbier.

Their ultimate goal is to use the money from their sales to purchase their own production space.

The Koilor brothers pride themselves on being a positive example for all children throughout Philadelphia.
Report a correction or typo
Related topics:
businessphiladelphiabrewerybusinesssmall business
Copyright © 2021 WPVI-TV. All Rights Reserved.
More Videos
From CNN Newsource affiliates
TOP STORIES