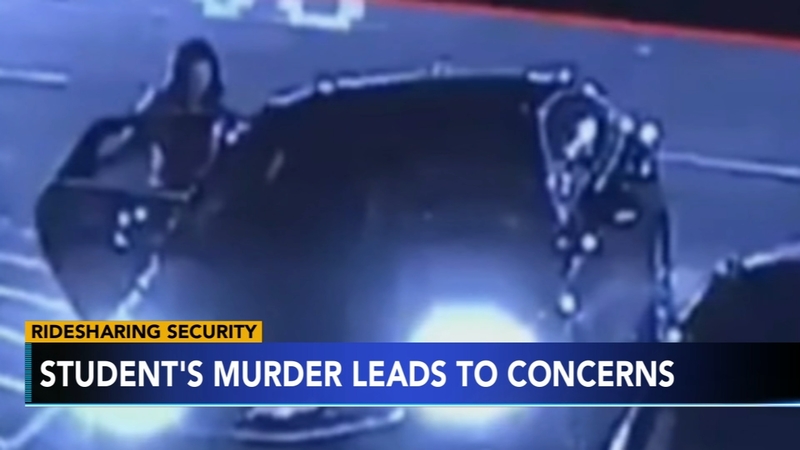 PHILADELPHIA (WPVI) -- University of South Carolina student from New Jersey who was found murdered about a day after she was reported missing may have entered the killer's car thinking he was an Uber driver, police said.

Investigators believe the victim, 21-year-old Samantha Josephson, was waiting for her Uber ride around 2 a.m. Friday in the 5 points section of Columbia, South Carolina.

Police said she got into a black Chevy Impala, driven by 24-year-old Nathaniel David Rowland, outside a bar.

However, police do not believe Rowland was an Uber driver.

"We believe she may have mistakenly gotten into the Impala thinking it was an Uber ride," said Columbia Police Chief William "Skip" Holbrook.

It's important for riders to make sure they're getting into the correct car. When you order your Uber the app will show you the driver's name and photo, along with the make/model and license plate number.

Before getting into the car it's important to make sure all that information matches with the app. The Uber driver also has the rider's first name, and should be able to say it to the rider to confirm they're picking up the right person.

However some millennials Action News spoke with said they frequently don't check all of those details before getting into their Uber.

RELATED: Father of slain SC student with NJ ties: 'I can't tell you how painful this is'

"As long as I recognize the model and make I mean sometimes people roll the window down and say Greg, and then that's about as far as I go," said Greg Barnaby from Fairmount.

After hearing about the death of Josephson, Barnaby said he'll be more careful about taking an Uber now.

"Their heads are always buried in their phone, they're not paying attention to their surroundings," said Kangi Crews about her millennial riders.