UFOs are real, US Navy says 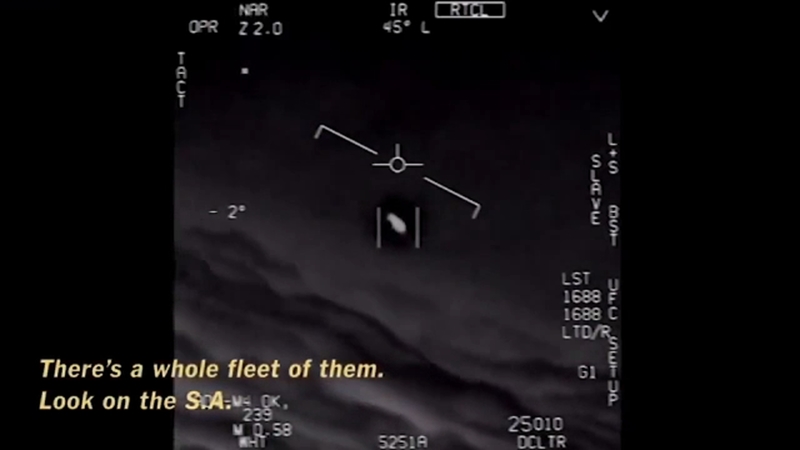 UFOs are real, according to a stunning new admission by the U.S. Navy.

Three videos from U.S. Navy pilots came to light earlier this year showing objects accelerating to hypersonic speed and making movements described as beyond the physical abilities of a human crew.

While the Navy confirmed it has no idea what those objects were, it officially considers them "Unidentified Aerial Phenomena."

ABC's Gio Benitez reports on the investigation into the UFO sightings.

Footage from 2015 includes audio from U.S fighter pilots trying to understand what they're seeing.

One of them initially says it is a drone, but then they are stunned to see it moving in strange, unfamiliar ways.

The images were included in three clips of declassified military footage released in 2017 and 2018 to the Stars Academy of Arts and Sciences, a group founded by musician Tom DeLonge of Blink-182.