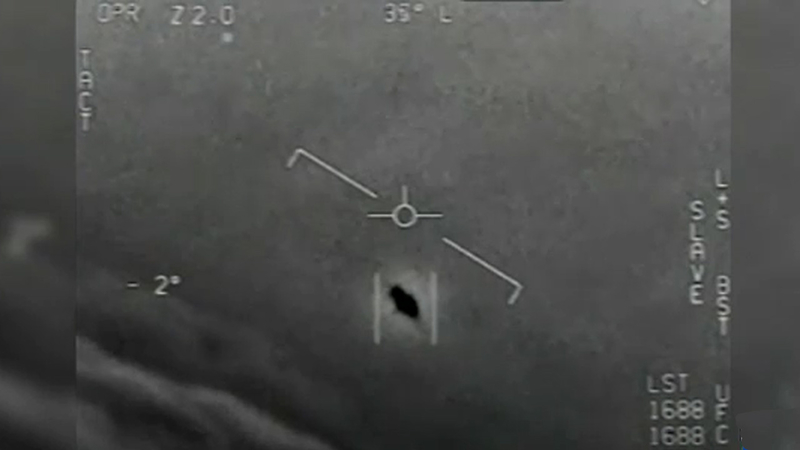 NEW YORK -- An investigation is underway after five Navy pilots have come forward to report strange unidentified flying objects spotted in the sky.

The pilots say they have had multiple mid-air encounters with high-flying, fast-moving objects that defy human capabilities.

The New York Times spoke with the pilots, who say they've all encountered UFOs during training missions up and down the east coast and noted the objects were "accelerating to hypersonic speed, making sudden stops and instantaneous turns, something beyond the physical limits of a human crew."

"Clearly this is nothing that we're used to seeing out there," former Navy pilot Ryan Graves said. "So we submitted a safety report, saying that there was an unidentified object in our working space, and we don't know what to do."

It comes on the eve of a new History Channel series called "Unidentified: Inside America's UFO Investigation," which chronicles a year-long investigation that includes former military intelligence officials speaking out on numerous reported encounters.

The Navy responded to ABC News with a statement saying that in recent years, there's been "a number of reports of unauthorized and/or unidentified aircraft" in our airspace and that they've implemented new steps to report further possible incidents.