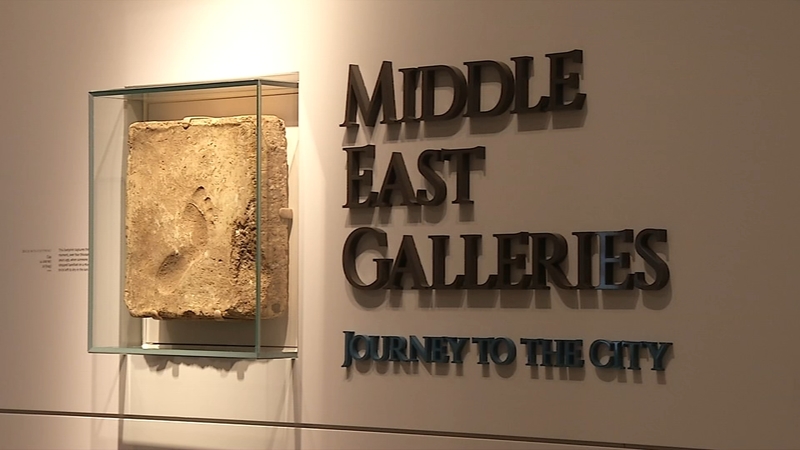 At the Penn Museum's new Middle East Galleries, you can travel nearly 10,000 years through time.

"We've excavated in so many places that we can tell the long story of how empires developed," Museum Curator Steve Tinney says.

"The major finds in these galleries come from the countries of Iraq and Iran," Tinney says.

The show compares ancient life to the present day and the journey begins with some of the very first villages and cities.

"We get things like the first writing and temple decoration," Tinney says, as he points to a large standing copper bull from 2400 BCE that he says is one of few to survive, "So it's very rare to get to see one in a museum."

You can journey through the great city of Ur in southern Iraq, known for its trade industry.

"Everything that came in from all points north, south, west and east came through Ur and it made the city very, very rich," Tinney says.

Most of those riches went to the Mesopotamian Queen, Puabi.

The Middle East Galleries are the first in a series of new galleries being installed at the Penn Museum over the next several years.

"It's definitely worth coming back to the galleries more than once because there's so much here," Tinney says, "We hope that people will leave thinking about how life in cities is similar now to how it was."

The Penn Museum is running a summer special-$10 for general admission.