Lawyer: Girl, 4, in day care worker assault 'trying to pick up the pieces' 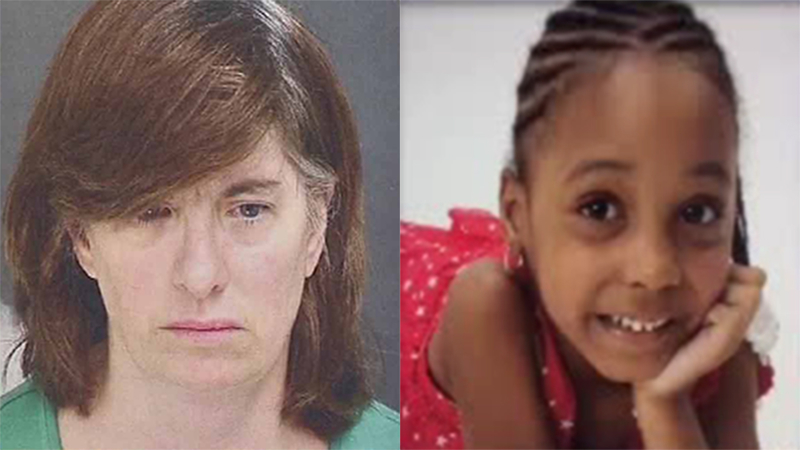 Lawyer: Child in day care assault 'trying to pick up the pieces'

UPPER DARBY, Pa. (WPVI) -- The investigation continues after a day care worker was seen in surveillance video apparently pushing a 4-year-old girl down a set of stairs.

The attorney for the victim's family spoke to Action News Thursday.

The horrific video has gone viral since it was captured on a day care stairwell last Friday afternoon. An employee, 52-year-old Sarah Gable of Folcroft, apparently pushes a 4-year-old little girl in her class down the stairs.

Upper Darby police released this surveillance video from inside the daycare.

Upon realizing a newly installed camera is taping, she suddenly appears to become nicer and gentler, and takes the child by the hand and gently takes her down to the restroom to join seven other classmates.

"Alayah and her family are basically trying to pick up the pieces. This is a little girl who was filled with smiles, promise and innocence when she was dropped off there on March 3, and is not the same girl that came home," said Fritz.

Gable was quickly fired by the Childcare of the Future center, which had her immediately arrested by Upper Darby Police. She is free on $25,000 bail.

Action News spoke with her attorney late Wednesday, who says he is already negotiating with the Delaware County District Attorney's staff.

"I've been in touch with representatives from the Delaware County District Attorney's Office already, and we have some very preliminary discussions underway," said Gable's lawyer Dan McGarrigle.

He added a plea agreement could be possible.

The day care center remains open for business as usual.

Action News spoke to a parent of two children, who are in Gable's class with Alayah.

"They love her. I didn't know for her to be like that. I didn't even really expect it. I was really shocked when I seen the actual video on the news when I got up that morning," said Leana Butcher.