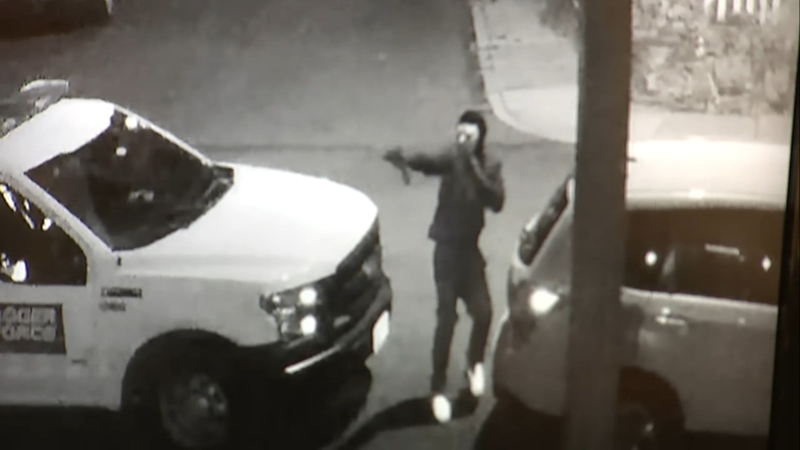 UPPER DARBY, Pennsylvania (WPVI) -- Upper Darby, Pennsylvania police searching for the masked gunman who got out of a dark Nissan Altima and pumped 21 bullets into a home with five people inside.

Superintendent Michael Chitwood with the Upper Darby Police Department describes the shooting, "Just at random, you don't know who he's hitting or who he's gonna hit."

The home on the 7700 block of Parkview Road was apparently targeted. Investigators say one of the occupants shot back six times and is not cooperating with police.

"We know who lived in the home. One guy ain't the community member that we'd all like to live next to," said Chitwood.

In the barrage of bullets, one pierced through the front window of the house next door. That's deeply concerning to neighbors.

"They just shoot at whatever and they don't care. So what happens is, somebody innocent gets shot," said Eileen Campbell.

"There's no protection from that unless you've got a bulletproof house," said neighbor, Brandon Love.

Police say one of the bullets tore the gas line of the targeted home which could have caused an explosion.

No one was shot. No injuries were reported.