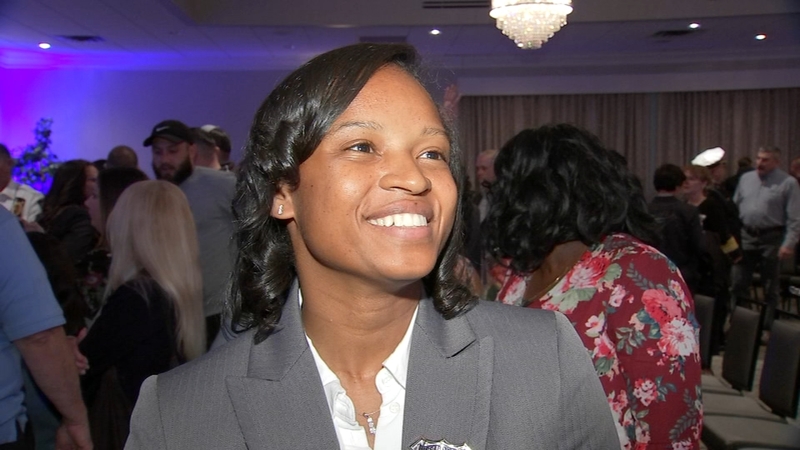 Laina Stevens is now the first African American woman to be given a position of rank at the Upper Darby Police Department.

She is now Sergeant Laina Stevens.

"It's surreal. I did not imagine myself in this position when I started six years ago," she said.

She was one of eight new hirings or promotions within the department on Tuesday.

Stevens says her first message as sergeant to the community is simple, "To the kids, whatever your goal is just work hard at it and you can achieve whatever you want to achieve."

She holds a bachelor's degree from Temple University and masters from Saint Joseph's University.

He also says she represents an extremely diverse Upper Darby community.
"We want to let the community know we're inclusive. Anyone can be what they wanna be especially in the police world," said Chitwood.

Chitwood acknowledges the milestone took a long time to happen, but added it's not always easy.

"It's a matter of getting people from different communities to come forward and take the test. People don't wanna be a police officer anymore," said Chitwood.

The community couldn't be more thrilled about her promotion.

Melody Collins of Upper Darby said, "To have a black woman like that be a sergeant, that's a lot of power. I feel a lot of strength for women period about it."