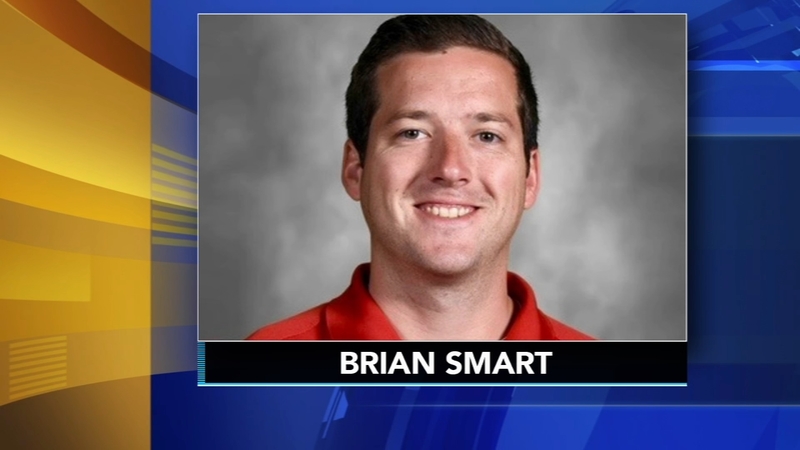 "He was in great shape, was running at a good pace for the Broad Street Run. He wasn't showing any signs of any laboring, from what I was told. Just a shock," said Frank Nunan, athletic director of the Upper Darby School District.

Students say one day earlier, Smart was cheering for them on the sidelines.

“A mark of a man is not measured by his possessions, but by those impacted by his life.”
Through letters and drawings it’s clear how much athletic trainer, Brian Smart meant to kids at @UpperDarbySD HS.
He was only 24. @6abc pic.twitter.com/a5L7Rm8eDl

"Saturday we had a track meet and he was there joking around. Just to hear the next day that he's gone, it really, really hurts," said sophmore Camille Goodison.

Smart was one of seven siblings.

"A guy that gave everything he could for his job. To do so much for kids, it's just a tribute to him and his family," said Nunan.

In a Facebook post announcing Smart's passing, the district shared a note from Smart's father to the athletic director:

"The world certainly lost a good one yesterday. Brian really enjoyed working in UD, working with you and the students of Upper Darby."

The district went on to say:

"It is obvious that Brian was beloved by the students that he worked with, and we've been receiving messages all morning about his passing.