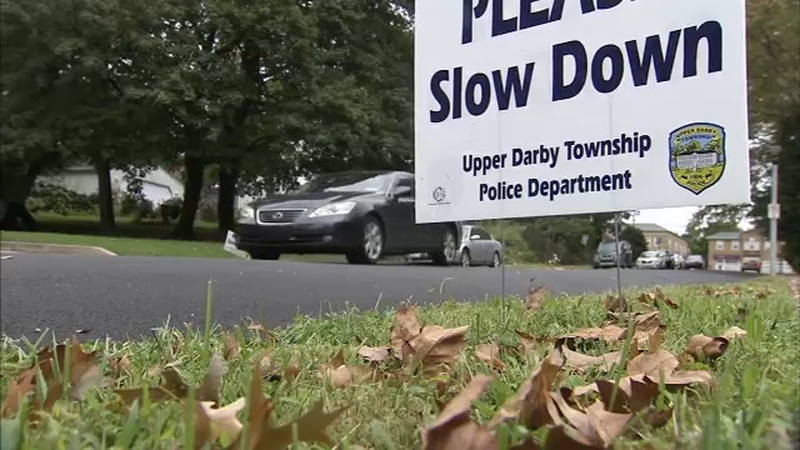 "At this point we're really frustrated. All we want is them to do what we were promised," said resident Tony Beaty.

Beaty has been living along Owen Avenue for nearly 20 years and said a speeding driver almost hit his son several years ago.

Drivers are using Owen Avenue as a cut through while trying to avoid traffic on Garret Road and Lansdowne Avenue.

Neighbors said the speeding is out of control.

The road safety improvements they were expecting were supposed to divide parts of the street with medians to slow down traffic.

"Those changes will shrink the block so people will have to wait, only one car can pass at a time," Beaty said.

A "no left turn" sign is already in place at Owen and Garret but an Action News crew saw a number of drivers ignoring it, turning left anyway.

Signs reading "please slow down" are everywhere along Owen, but drivers seem to be in a hurry ignoring the 15 MPH speed limit.

"We want to feel safe. And please don't wait until something happens to act. Be proactive," Beaty said.

Another neighbor had a close call after a driver went crashing into her front yard, causing thousands of dollars in damage.

"As a community, just understand what we go through on this block," Beaty said.