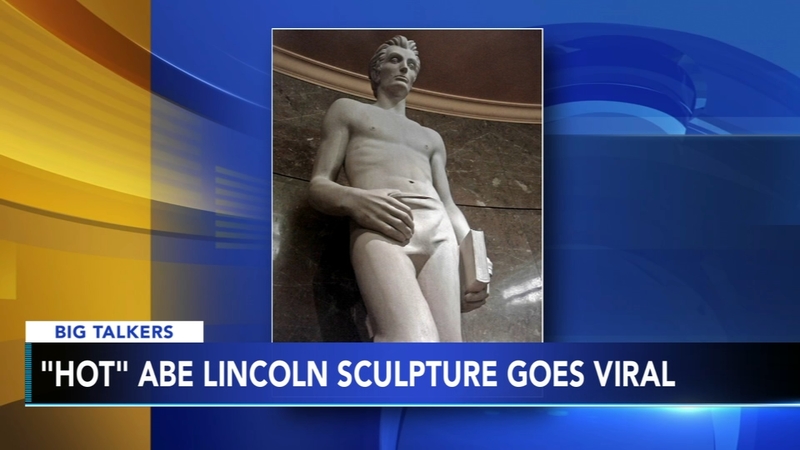 LOS ANGELES (WPVI) -- There are a lot of artistic nods to our nation's presidents, and there's one in particular in Los Angeles of Abraham Lincoln that has some calling "Honest Abe" "Honest Babe."

The statue at the Los Angeles Federal Building is called "Young Lincoln."

It's been there since 1939, but someone tweeted a picture of it this week, and social media got a little weak in the knees.

The statue features the nation's 16th president shirtless, barefoot and holding a book.

Some are calling the statue "Honest Abs" and "Babe-raham Lincoln."

Others noted how he's posing like a Sports Illustrated Swimsuit Model.

The sculptor, a then student artist named James Lee Hansen, created it for a public art contest and won.

As can be seen in an old clipping from Life Magazine, he modeled the physique of the masterpiece after his own.

He says beyond the chiseled abs, he wanted the public to see " a man of deep sentiment and understanding."