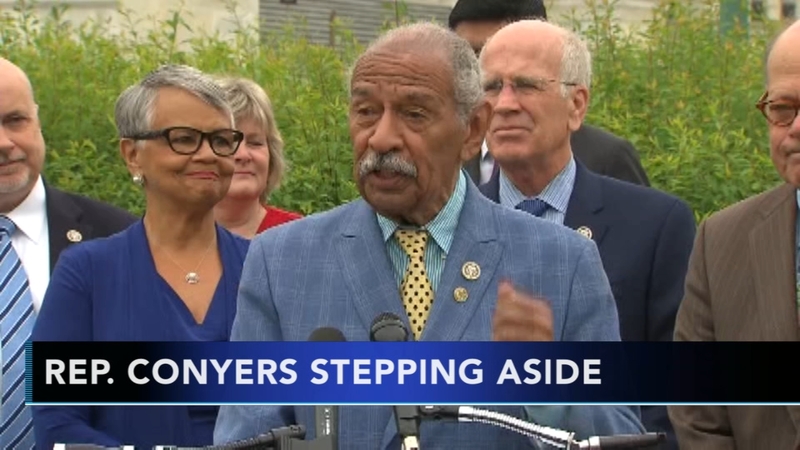 Conyers steps aside from top spot on Judiciary

WASHINGTON -- Michigan congressman John Conyers is giving up his leadership position as top Democrat on the House Judiciary Committee. His decision comes ahead of a congressional probe into allegations of sexual harassment made against him.

Conyers says he doesn't want the allegations to undermine his colleagues in the Democratic caucus or those who serve on the Judiciary committee or in the House in general.

The 88-year-old lawmaker indicates that he will not resign from Congress and will keep fighting the allegations that he sexually harassed female staff members.

In a statement Sunday, Conyers said he looks forward to vindication. He is the longest-serving active member of Congress, and the only African-American to have held the position of chairman or ranking member on the Judiciary panel.
----------