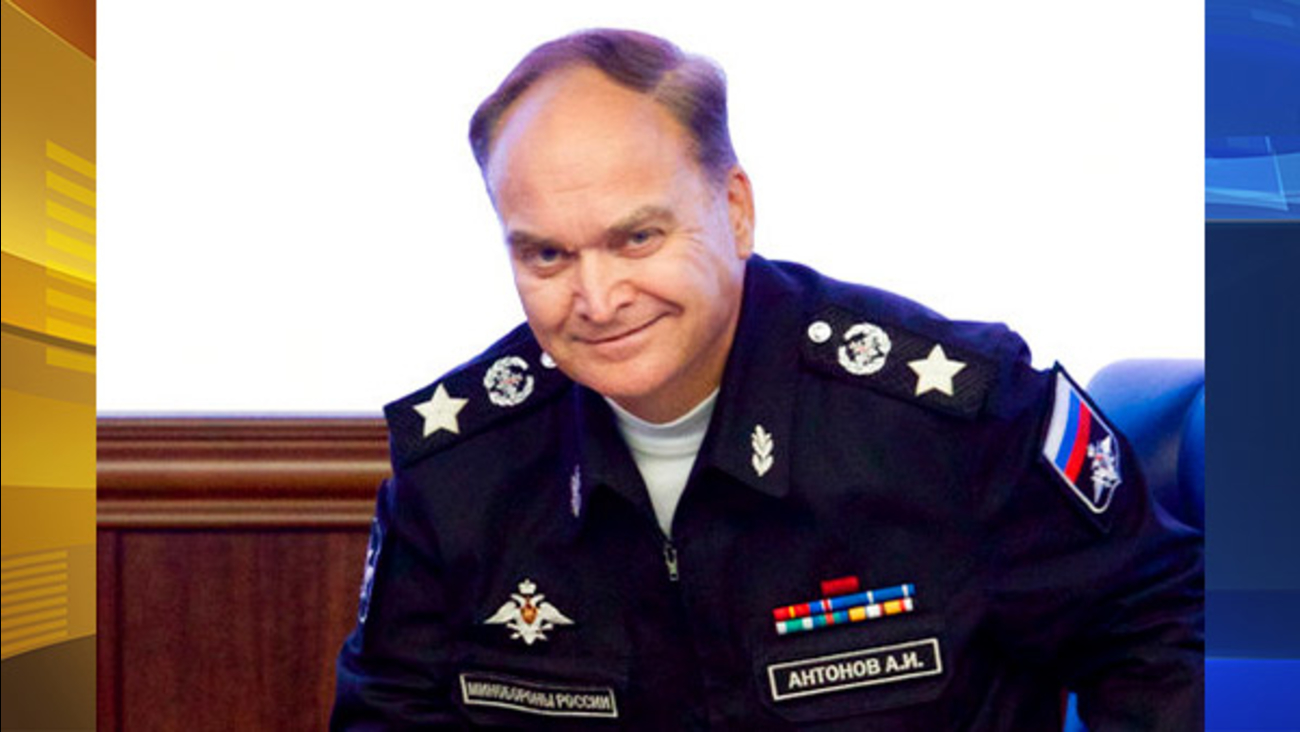 FILE - In this file photo taken on Friday, Oct. 7, 2016, Russian Deputy Defense Minister Anatoly Antonov smiles at a briefing in the Defense Ministry in Moscow, Russia.

The Ambassador of Russia to the United States of America, Anatoly Antonov issues a statement on the strikes on Syria:

"The worst apprehensions have come true. Our warnings have been left unheard.

A pre-designed scenario is being implemented. Again, we are being threatened. We warned that such actions will not be left without consequences.

All responsibility for them rests with Washington, London, and Paris.

Insulting the President of Russia is unacceptable and inadmissible.

The U.S. the possessor of the biggest arsenal of chemical weapons has no moral right to blame other countries.'