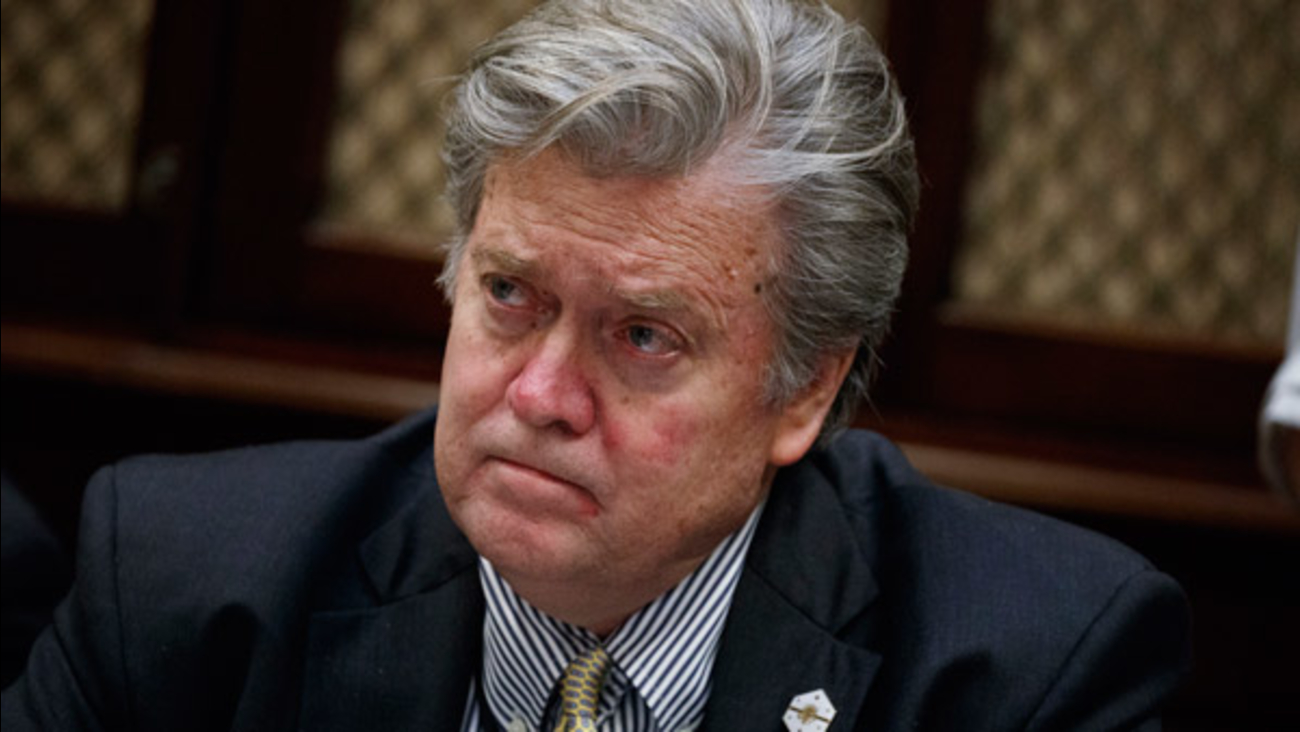 Bannon, speaking in a "60 Minutes" interview that will air Sunday on CBS, said the "Billy Bush Saturday, to me, is a litmus test."

Bannon, Christie and then-Republican National Committee chairman Reince Priebus met with Trump in October on the weekend after the Washington Post obtained the 2005 video that showed Trump talking with "Access Hollywood" host Billy Bush about kissing, groping and trying to have sex with women who were not his wife.

"Billy Bush Saturday showed me who really had Donald Trump's back to play to his better angels," Bannon said. "All you had to do, and what he did, was go out and continue to talk to the American people. People didn't care. They knew Donald Trump was just doing locker room talk with a guy. And they dismissed it."

It was not clear from the video clip what Christie had advised Trump. But Bannon said he told Christie, "The plane leaves at 11 o'clock in the morning. If you're on the plane, you're on the team. Didn't make the plane."

Days later, Christie appeared on a New York radio program and denounced Trump's comments about women on the leaked tape.

"Let's be really clear. It is completely indefensible," the Republican governor said. "I made that very clear to Donald on Friday when this first came out and, you know, urged him to be contrite and apologetic because that's what he needs to be."

Christie, who was among Trump's earliest supporters, was booted as head of the transition days after Trump's victory. Christie was soon passed over for top administration positions, including attorney general, though he also turned down several jobs as well, according to a person with knowledge of Christie's decision who spoke to The Associated Press on the condition of anonymity to discuss private conversations.

"As has been widely reported, the Governor had been offered multiple cabinet positions in addition to other senior posts in the White House and elsewhere. He chose to stay as Governor and complete his term. Any assertion to the contrary is simply factually incorrect," Murray said.