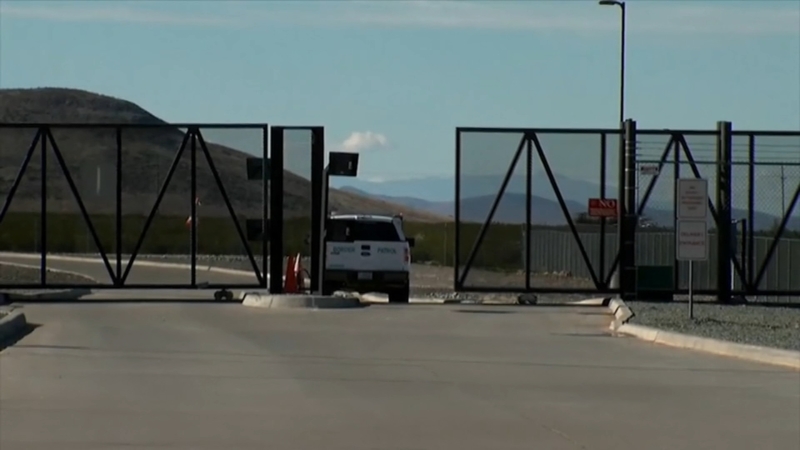 HOUSTON -- The deaths of two migrant children in just over two weeks raised strong new doubts Wednesday about the ability of U.S. border authorities to care for the thousands of minors arriving as part of a surge of families trying to enter the country.

An 8-year-old boy identified by Guatemalan officials as Felipe Gomez Alonzo died in U.S. custody at a New Mexico hospital on Christmas Eve after suffering a cough, vomiting and fever, authorities said. The cause is under investigation, as is the death Dec. 8 of another Guatemalan child, 7-year-old Jakelin Caal.

"There is a real failure here that we all need to reckon with," said incoming Rep. Veronica Escobar, a Democrat elected last month to represent El Paso in Congress. "We need to know how many other Jakelins and Felipes there have been."

The U.S. government's system for detaining migrants crossing the border is severely overtaxed. Authorities would not say how many children U.S. Customs and Border Protection is now holding. But the country is seeing a sharp rise in families with children.

In the wake of the two deaths, Homeland Security Secretary Kirstjen Nielsen asked the Coast Guard to study CBP's medical programs and announced that all children who enter the agency's custody will be given "more thorough" assessments.

Also, border authorities said that they conducted health checks in reaction to Felipe's death on nearly all children in their custody. They did not disclose the results.

Nielsen blamed "a system that prevents parents who bring their children on a dangerous illegal journey from facing consequences for their actions." The Trump administration contends it must detain more people to discourage other Central American families from trying to enter the country.

Felipe had been detained by U.S. border authorities for a week and moved between facilities with his father, officials said. The last place the boy was held - after the first of two visits to the hospital on the day he died - was a highway checkpoint in New Mexico.

Felipe's father, Agustin Gomez, did not see any signs of illness from his son until Monday, according to Guatemalan consul Oscar Padilla, who spoke to Gomez on Wednesday. Felipe and his father had left Guatemala on Dec. 14 and were detained at the U.S-Mexico border four days later, Padilla told The Associated Press.

By its own regulations, CBP is supposed to detain people for no more than 72 hours before turning them over to other government agencies responsible for long-term detention. CBP facilities are typically spartan, with food, water and blankets but often no medical professionals, teachers or some of the other resources longer-term detention centers offer.

Similarly, Jakelin was first held with her father at a small base in rural New Mexico that did not have running water, according to Democrats who visited it after the girl's death.

Rep. Henry Cuellar, a Texas Democrat who sits on a key subcommittee overseeing border funding, said he has pushed to fund more alternatives to detention such as ankle monitors, which he said could have been issued to Felipe's father.

He said the Trump administration has prioritized the president's border wall - the subject of the partial government shutdown since last week - over investing in CBP checkpoints that have long needed attention.

"They're not set up to hold people for a long time," Cuellar said. "There's so much money that the wall sucks up that it's hard to address some of the other issues. I wish the administration would understand that."

CBP said it is reviewing all available options to relieve overcrowding in the El Paso sector, where Felipe and his father were apprehended. The agency also said it has reached out to other government agencies for "surge medical assistance."

CBP Commissioner Kevin McAleenan said in the agency's defense that CBP has more than 1,500 emergency medical technicians on staff and that officers are taking dozens of sick children to hospitals every day.

"This is an extraordinarily rare occurrence," McAleenan told "CBS This Morning" of the two child deaths. "It's been more than a decade since we've had a child pass away anywhere in a CBP process, so this is just devastating for us."

It's not uncommon for families in El Paso these days to spend more than a week in holding cells just as Felipe and his father did, said Ruben Garcia, director of El Paso's Annunciation House shelter.

Those problems predate the Trump administration. During a 2014 surge at the border, some families were put in holding cells for up to 20 days before being released, Garcia said.

Homeland Security's inspector general examined nine CBP holding facilities earlier this year. In a September report, the inspector general said that the facilities complied with CBP standards and that people had access to food and water, toilets and sinks, and hygiene items - with "the exception of inconsistent cleanliness of the hold rooms."

Just three of the nine facilities had "trained medical staff to conduct medical screening and provide basic medical care," the report said. And showers were available for unaccompanied children at only four facilities.

Felipe and his father were taken to two of the facilities the inspector general examined: the processing center at the Paso del Norte port of entry, then the El Paso Border Patrol station.

But just after 1 a.m. Sunday, the two were transferred 90 miles (145 kilometers) to the Border Patrol station at Alamogordo, New Mexico. CBP said it moved them "because of capacity levels" in El Paso. The next day, a border agent noticed Felipe was coughing and had "glossy eyes," and sent him to the hospital, the CBP said.

"I can't think of any logical reason that would happen, for the most vulnerable of children to be sent to a remote area," Escobar said.

According to CBP statistics, border agents detained 5,283 children unaccompanied by a parent in November alone. Agents last month also apprehended 25,172 "family units," or parents and children together. Both figures are highs for this year.

Children who arrive unaccompanied by a parent are supposed to go to longer-term facilities operated by the U.S. Department of Health and Human Services. But HHS' system is also strained. The Associated Press reported this month that 14,300 children were being detained by HHS, most in facilities with more than 100 kids.