Boy rescued from inflatable duck after drifting offshore in Indiana 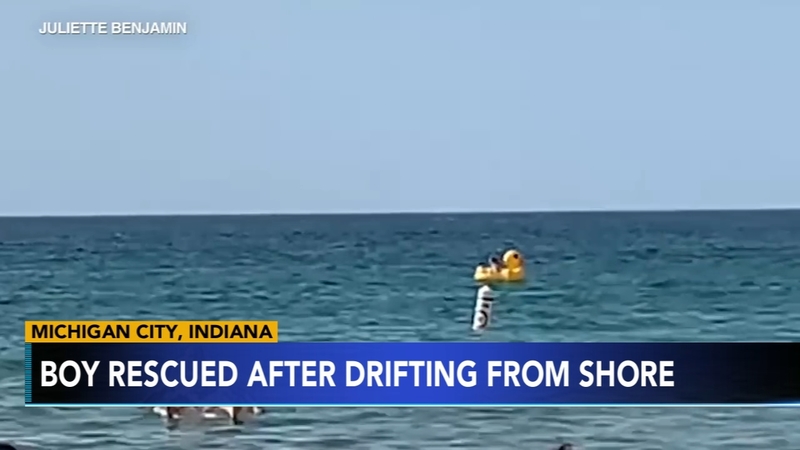 Boy rescued from inflatable duck after drifting off shore in Indiana

It was a heart-stopping moment for a family enjoying a day at the lake in Indiana.

A toddler trapped in an inflatable raft began drifting away from the shore.

A woman had two children on the inflatable duck.

The woman was able to grab one of the kids who had fallen off but could not catch up to the boy who began to float away.

That's when other people at the beach leaped into action.

A man on a paddleboard raced towards the toddler and kept the boy above water until more help arrived.

"The winds can blow this duck far offshore pretty quick faster than you can swim after it," said David Benjamin of the Great Lakes Surf Rescue Project.