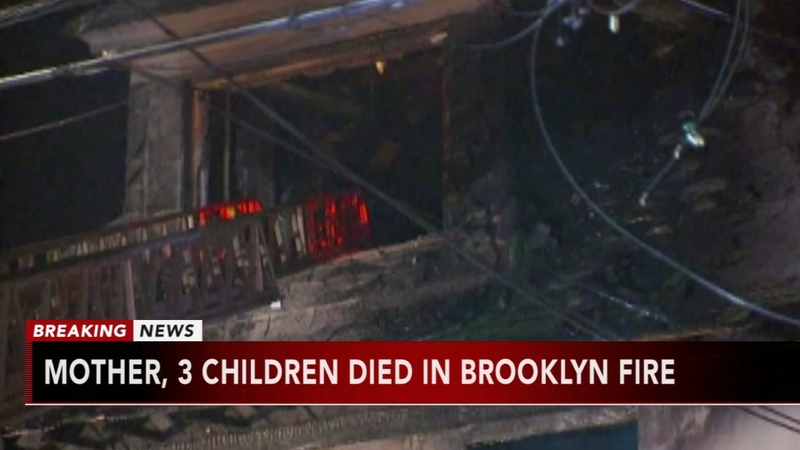 BROOKLYN, N.Y. (WPVI) -- A fast-moving house fire has killed a mother and her three children in Brooklyn, New York.

The father and two other teenagers are in critical condition. Five firefighters were also injured.

The fire broke out in the home on East 14th Street in Sheepshead Bay around 2:20 a.m. Monday.

Fire burned through the second floor and the attic of the home.

A neighbor took this video that shows intense flames. At least 4 people are dead #ABC7NY pic.twitter.com/v9Ui4ExCPj

Firefighters arrived in less than three minutes and even by then, flames met them at the front door.

"It was an early morning, everyone in their home was asleep," said FDNY Commissioner Daniel Nigro. "The fire did start and it got a good start before a neighbor noticed it and called us."

The family is Jewish and now dealing with tragedy during Hanukkah.

"This is a terrible tragedy, not just for this community but for our city," said Nigro. "At this time of the year, when these things strike, it just tears your heart out for the family and everybody that knows them."
The cause of the fire is under investigation, but it is not considered suspicious.