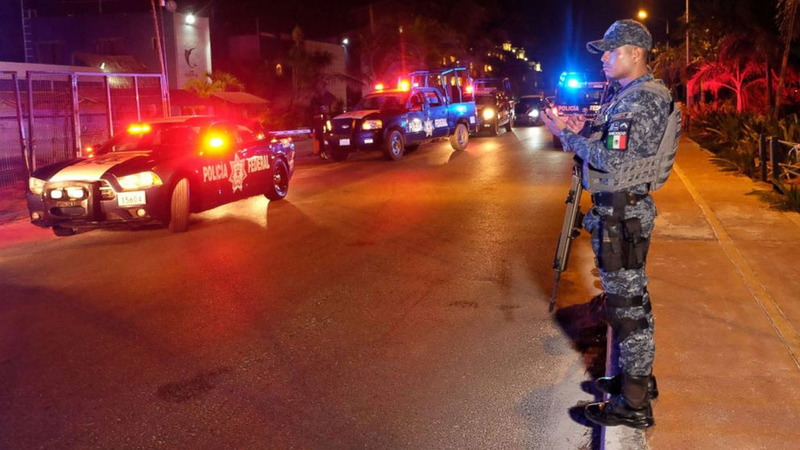 While none of the bodies were found in the city's hotel area, the brutality of the killings has stoked fear among not just residents but also tourists.

The State Department urges Americans traveling to the area to exercise increased caution, but it hasn't updated its travel advisory because of the deaths, despite several press reports saying otherwise.

Two of the male victims were found Tuesday dismembered in several plastic bags. A man and a woman were discovered killed in an abandoned taxi. Another man was found bound and shot to death, with another shot and covered in a plastic bag. A seventh victim was killed lying in a hammock, and details of the eighth were not yet available, according to the Associated Press.

None of the victims are believed to be Americans or tourists of other nationalities.

Cancun is one of the most popular tourist destinations for Americans, 35 million of whom visited Mexico in 2017, according to the U.S. National Travel and Tourism Office.

Quintana Roo, the state that includes Cancun and other tourist hot-spots like Tulum, Playa del Carmen and Cozumel, is normally viewed as safe for visitors. The State Department lists it as a "Level Two: Exercise Increased Caution" on its four-level scale, and while it notes an increase in homicides since 2016, it says that "most" of them "appeared to be targeted, criminal organization assassinations" and "turf battles between criminal groups."

After the gruesome news Tuesday, the State Department issued a separate advisory on Wednesday, but an official tells ABC News it wasn't related to the slayings in Cancun.

Instead, the only update to the advisory was continuing a security alert for Ciudad Juarez, across the border from El Paso, Texas. Since July 13, U.S. government employees have faced travel restrictions in and around the city, including a ban on traveling downtown without advanced permission because of a string of daytime killings.

The homicide rate in Mexico is at its highest level in decades. In 2017, there were 31,174 -- a 27% rise -- according to a July report from Mexico's National Statistics Institute. While the violence overwhelmingly affects locals more than visitors, there have been a number of incidents involving Americans this year.

Five Americans were among the 24 injured when an explosion tore through a ferry to Cozumel. Explosives were later found on a second ferry owned by the same company, and the State Department issued a travel alert for Americans and prohibited employees from traveling to the area for about two weeks.

The next month, the U.S. Consular Agency in Playa del Carmen was closed temporarily because of a security threat, although the State Department did not offer further details.