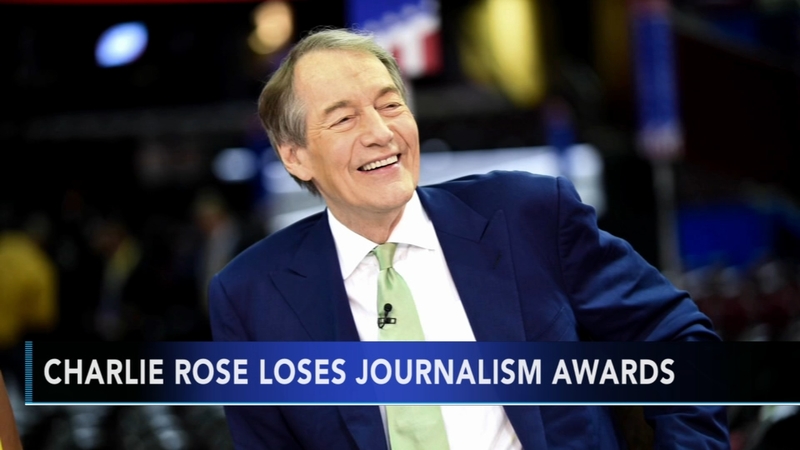 Charlie Rose, who was fired this week by CBS News and whose program was canceled by PBS in the wake of sexual misconduct allegations from multiple women, had accolades from two universities rescinded Friday.

Panels at both Arizona State University and the University of Kansas met this week and coincidentally came to the same decision on the same day.

Arizona's Walter Cronkite School of Journalism and Mass Communication gave Rose an award for journalism excellence in 2015. But the actions reported about Rose were too "egregious" to ignore, according to Dean Christopher Callahan.

"The actions victimized young women much like those who make up the overwhelming majority of Cronkite students - young women who deserve to enter workplaces that reward them for their hard work, intelligence and creativity and where they do not have to fear for their safety or dignity," Callahan said in a statement.

Callahan said the action was mostly symbolic. But he hoped it would send a message that sexual misconduct would not be tolerated. The award has never been revoked since it was created in 1984. Past recipients include Bob Woodward, Diane Sawyer and Christiane Amanpour.

The William Allen White Foundation, which supports journalism education at the University of Kansas, presented Rose an award last spring. The National Citation award has been bestowed on a journalist annually since 1950. Other recipients include Bob Woodward and Gwen Ifill.

After the allegations against Rose surfaced, the foundation's board of trustees voted to revoke the honor. In a news release, officials said Rose "does not exemplify the ideals of this award."

Eight women who worked for or wanted to work for Rose told the Washington Post Monday that the veteran newsman groped them, openly walked around nude or said sexually inappropriate things on the job.

The fallout for Rose was swift. After initially suspending him, CBS News fired Rose from its morning show Tuesday. Three women at the network have since come forward with complaints with two saying he grabbed them inappropriately.

In a statement earlier this week, Rose apologized for his actions and said he was "deeply embarrassed."