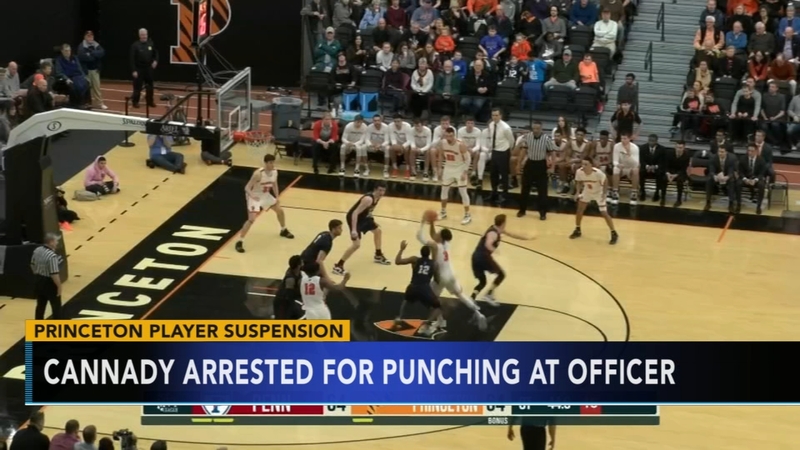 PRINCETON, N.J. -- Officials say Devin Cannady has been suspended from the Princeton University basketball team after throwing a punch at a campus police officer and being arrested following a confrontation at a convenience store.

The Mercer County Prosecutor's Office said Cannady was arrested after a confrontation with customers and police at a campus convenience store. He faces charges of aggravated assault on a police officer, resisting arrest and disorderly conduct.

Campus police were called to the Wawa convenience store at 3:30 a.m. Friday. Officials said Cannady pushed a customer and threatened others during the incident. He later began cursing at university officers and swung a punch at one of the campus patrolmen, who ducked out of the way, authorities said. Cannady's punch glanced off the patrolmen's hand.