Towns in eclipse path prepare for influx of visitors 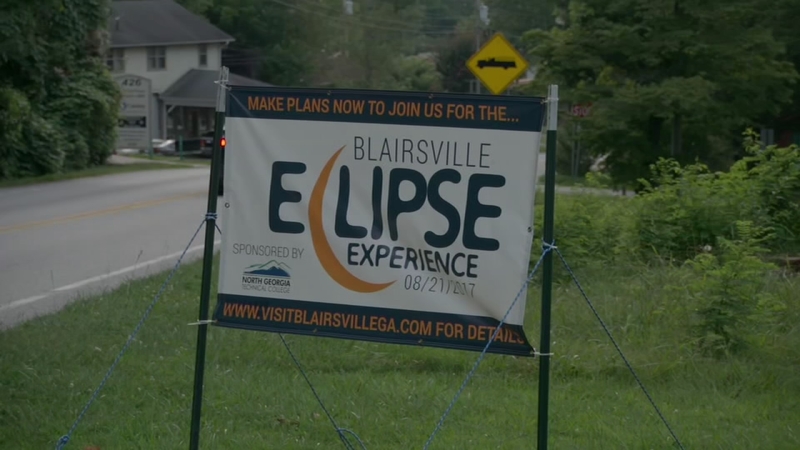 Towns in eclipse path prepare for influx of visitors

MADISONVILLE, Ky. (WPVI) -- That rare, total solar eclipse is now just days away. Communities that are right in the path of the celestial event are preparing for the influx of people who want to witness it first hand.

There are 12 million people in its path, but more than 7 million are expected to travel to see it.

Hotels are full, flights are oversold and with millions of Americans pouring into those few cities with the best possible view of the coming eclipse, local police hospitals and emergency medical services in those areas are on high alert.

"It's all hands on deck. Enforcement strategies and you know patrol or deployment strategies. We're kind of throwing everything at it," said Wade William, Madisonville, Kentucky Police Chief.

The numbers of visitors they're expecting are so large, in some cities they're preemptively declaring a state of disaster, a maneuver that allows them to call on the National Guard to help direct the masses of people.

"If a police department in a certain area is overwhelmed and they need us to help come and set up traffic control check points we're ready to do that," said Leslie Reed, Oregon National Guard.

In Blairsville, Georgia - 2 hours north of Atlanta - they will see a rare total eclipse and are expecting up to 20 percent more people than live here.

Tips for driving during solar eclipse. Sharrie Williams reports during Action News at 4:30 p.m. on August 14, 2017.

The state of Oregon alone is expected to see a million visitors. Some hospitals are cancelling elective surgeries and calling in extra help for emergency rooms.

In Portland, they've already rented out 17,000 cars and SUV's at the International Airport for the big event. That's what they normally do over an entire week.

"The 7 million people who will be traveling to see the eclipse across 12 states will definitely be going in to towns and many areas that aren't used to seeing an influx of people," said Josh Lockwood, NY Regional CEO for Red Cross.

Just in case, the Red Cross has resources in place all along the eclipse zone and they have suggestions for how to stay safe in such large crowds.

"One thing is we really encourage folks to have in their cars an emergency kit and that should include things like water, non perishable foods, a flashlight with batteries and an envelope with cash," said Lockwood.

Authorities are warning that people might have to look for land lines in some places to make emergency calls. Some of these small towns may not be able to handle everyone on their cell phone towers at the same time.

For more tips on the upcoming eclipse, visit: http://6abc.com/eclipse/